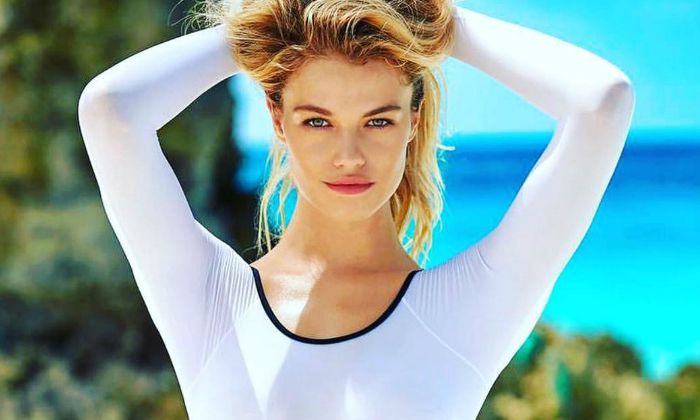 Who is Hailey Clauson?

Hailey Clauson is an American fashion model and actress probably known for her cover feature for magazines like Vogue Germany and Brazil, Nylon, Marie Claire, Italian Glamour, Purple, Cosmopolitan, Galore, and Flaunt Magazine. She has done modeling campaigns for brands including Gucci, Agent Provocateur, and Topshop and walked the runway for designers such as DKNY, Calvin Klein, Versace, Louis Vuitton, Christian Dior, and Miu Miu. In 2015, she earned a spot on the coveted Sports Illustrated Swimsuit and a year later, she graced the separate cover of the magazine’s first-ever triple swimsuit issue in February 2016, and the other two models being Ashley Graham and Ronda Rousey. She carries herself with grace and charm that many other women want to replicate for themselves.

Hailey Clauson was born on the 7th of March 1995, in Thousand Oaks, California, United States of America. She is currently 26 years old.

Hailey Clauson is the daughter of Bethany E. (Boyle) and Larry L. Clauson. She grew up along with her brother, Jacob.

For education, she attended Newbury Park High School in Newbury Park, California. But she didn’t graduate from high school because she left school at age 14 to pursue modeling.

Talking about Hailey’s romantic life, Clauson has been in a relationship with fellow model Julian Herrera since January 2014. The duo has been together for five years now and they are going strong.

Apart from modeling, Hailey has starred in a few short films, including Love Advent (2011), Life + Times: Empire State of Mind (2011) and Hailey Clauson Says YES to an Instagram Proposal (2017).

Having been in the modeling industry for over a decade, Hailey Clauson has accomplished a lot than many models her age. Throughout her illustrious career, she has worked with major fashion brands such as Gucci, Agent Provocateur, and Topshop and has even featured in Sports Illustrated.

Being passionate about what she does, Hailey Clauson has gained a large social following through her work as a model. She offers a glimpse of her life as well as shares pictures of her shoots, behind the shoot photos, and her travel pictures.

As of 2019, Hailey Clauson has a net worth of $2 million. Much of this money comes from endorsements, photoshoots as well as from her modeling work. She lives with her boyfriend in New York City.

She was discovered at the age of 13 when her father took her to a local casting call in Los Angeles, where she was immediately signed up by Ford Models.

She is a huge fan of the Green Bay Packers.

In 2011, her parents sued Urban Outfitters for using provocative images of Hailey on clothing items without acquiring permission from her parents.

MODELS.com named her one of the Top 10 Newcomers for fashion week Spring/Summer 2011.

Her breasts are natural

In 2015, Clauson posed nude for the SI Swimsuit issue with her body painted.

She used to play a lot of basketball which is one of many reasons for her stunning fitness.