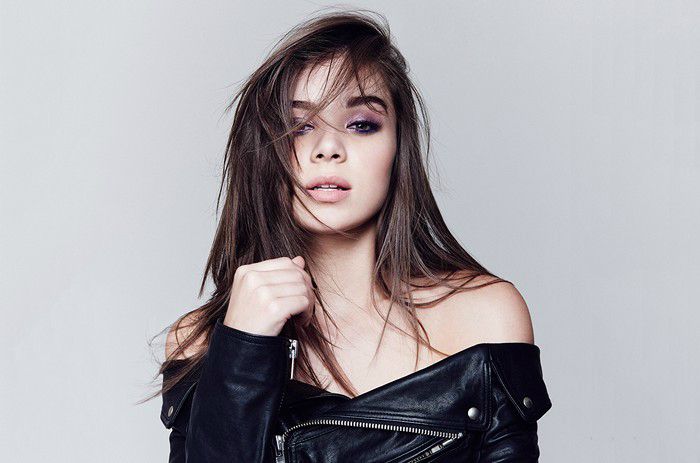 Who Is Hailee Steinfeld?

Hailee Steinfeld is a famous actress, model and singer in Hollywood best known for her Academy Award-nominated performance as Mattie Ross in the movie ‘True Grit’ in 2010. She began acting at the age of 8, and has since starred in a number of films, winning over the likes of the people through her mind-blogging performances. She gained immense fame and popularity within a short span of time to become Hollywood’s most wanted actress. Asides acting, Hailee is also a talented singer with double platinum hits in Australia and Triple Platinum hits in Canada. Her acting credits include Ender’s Game, Romeo & Juliet, Pitch Perfect 2, Pitch Perfect 3, The Edge of Seventeen and Bumblebee.

Growing up, she lived in different places, attending different schools like Ascension Lutheran School, Conejo Elementary, and Colina Middle School before enrolling into homeschooling in 2008. She graduated from high school in June 2015.

Her father Peter Steinfeld is a personal fitness trainer and her mother Cheri (née Domasin) is an interior designer. She has an older brother named
Griffin, who is an off-road race driver. Actor and fitness trainer Jake Steinfeld is her paternal uncle and former child actor Larry Domasin is her maternal grand-uncle. Her maternal first cousin, True O’Brien, is also an actress.

Hailee is currently believed to be single and information available about her private life is very limited. She occasionally discuss about her love life to the media. As per tabloids, she has dated a few men in the past, including her recent breakup with Irish singer Niall Horan. They began dating a year before (early 2017) and they made their relationship public through Instagram posts in 2018. Niall is a former member of the popular boy band, One Direction. The couple split in late 2018.

Before that, she was in a relationship with soccer player Cameron Smoller from 2016 to 2017. Confirming their relationship, the couple posted a lot of pictures together on Instagram and even made a few public appearances, including the red carpet for a pre-Golden Globes event in January 2017. They ended their relationship in 2017 and was last spotted together in November 2017.

Hailee had dated her alleged boyfriend Douglas Booth from 2012 to around 2013.

Hailee released her debut extended play (EP), Haiz, on November 13, 2015 through Republic Records. She released “Love Myself” as its lead single on August 7, 2015. She has released one extended play, nine singles and one promotional single to this date.

At the age of 8, she started off her acting career by appearing in short films. Her first short film was ‘Heather: a Fairytale’, in which she portrayed the role of Heather.

Her first leading role as Mattie Ross came in 2010 with the film True Grit, which earned her 14 Awards. Steinfeld was nominated for the Academy Award for Best Supporting Actress, BAFTA Award for Best Actress in a Leading Role, and the Screen Actors Guild Award for Outstanding Performance by a Female Actor in a Supporting Role.

In 2007, she appeared in an American situation comedy series Back to You as “Little Girl” in an episode titled “Gracie’s Bully”.

Hailee Steinfeld has made an impressive net worth of $10 million US dollars, which results stupendous acting skills, brand endorsements and television series.Her net worth continues to grow at a staggering phase and is expected to double in the next few years. She owns a Audi car of worth $40,000.

She started acting at the age of 8.

Her first film role as Mattie Ross didn’t happen easy. She was one among 1500 candidates who gave audition for the role.

Hailee received an unbelievable 29 nominations for her stupendous performance in the movie ‘True Grit’, of which she bagged 15 awards.

She is good friends with Taylor Swift.

In 2018, she voiced the character Gwen Stacy / Spider-Gwen in the animated superhero film, Spider-Man: Into the Spider-Verse.