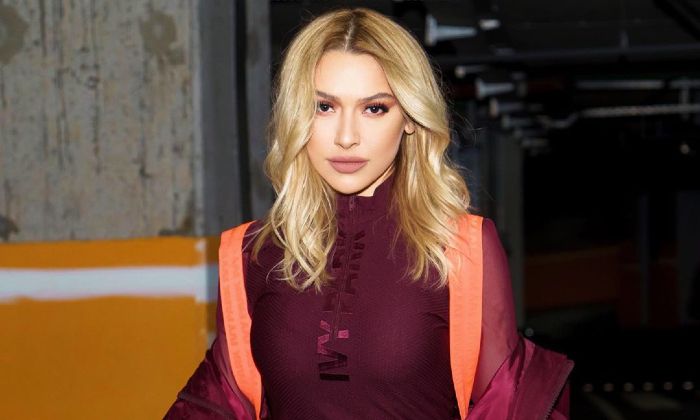 Hadise Açikgöz is a Belgian-born Turkish singer-songwriter, dancer, and television personality. She made her mark in the world of music by releasing her debut album Sweat in 2005. All five songs featured in the album were hit and earned her a TMF Award (Belgium) and “Altin Kelebek” Award (Turkey). She achieved a lot of success and became even more popular in bothy Turkey and Belgium with the release of her self-entitled album Hadise in 2008. Her continued success as a singer took her career to a whole new level that earned a spot on the Belgian version of The X Factor as a host and also became a judge on the Turkish version of The Voice. Besides all her musical accomplishments, she also represented Turkey in the Eurovision Song Contest in 2009 with the song “Dum Tek Tek.”

Hadise was born second in a family of five. Her parents are Gülnihal and Hasan Açıkgöz and they both emigrated to Belgium from Sivas, Turkey. She has three siblings, an older sister, Hülya, a younger sister Derya and also a younger brother named Murat.

For her education, Hadise attended the Provinciale Hogeschool Limburg in the Vlaanderen (Flanders) region of Belgium. She then studied Economics and modern languages.

Hadise is one of those celebrities who prefers not to share their private life during media interaction or with the fans. While there’s not a lot known about her current relationship status, she has had been in relationships with Sinan Akçil, Hakan Bas and Uğur Güven in the past.

Hadise released her debut studio album entitled “Sweat” on November 12, 2005, which peaked at number 15 on the Turkish Billboard chart as well as reached the 52nd spot on Ultratop, a similar music chart to Billboard in Belgium. The album was released through the EMI record label.

Hadise’s first television appearance came in 2003 when she competed in the first season of the show Idool, the Flemish version of the Pop Idol series. Though the then 18-year-old girl didn’t reach the finals, her appearance led her to launch her singing career.

With no doubt, Hadise has achieved great success as a singer and television personality in both Turkey and Belgium and that apparently contributed significant value to her net worth. Her net worth, as of 2020, is estimated as high as $2 million. Al her compelling studio albums and television appearances, tours, and other business endeavors have all helped add to her net worth.

She is a force to be reckoned with and leaves no stone unturned when it comes to her career endeavors. Her career as a singer and television personality has already proved that she is truly focused and committed to her work and can embrace anything thrown at her.

Not only has she gained a lot of fame and success throughout her career but she has also earned the love of millions of people all over the world. This beautiful and passionate singer is also a social media influencer and has tons of followers across social media platforms. She has amassed 11 million followers on her Instagram account and the numbers are growing still.

Hadise can also be found on Twitter and Facebook under her name, where she’s already gotten over 3.2 million and 3.7 million followers. She has over 115 thousand people subscribed to her eponymous YouTube channel, where she uploads music videos of her songs and tours and other appearances.

She cited artists such as Shakira, Jennifer Lopez, Janet Jackson, and Prince as her musical influences.

In 2009, she won the “Best Pop Music Female Artist Award” and the “Song of the Year (Düm Tek Tek) Award” at 36th Golden Butterfly Awards.

She is multilingual and speaks Turkish, Dutch, French, German and English fluently.