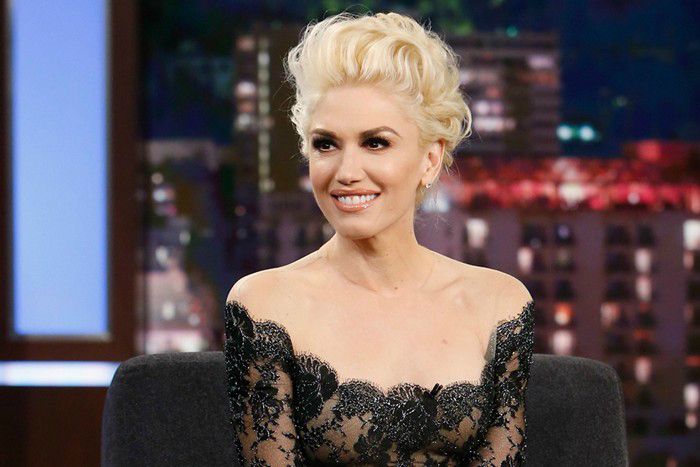 Who is Gwen Stefani?

A multi-talented artist and the recipient of three Grammy Awards, Gwen Stefani is an American singer, songwriter, actress, fashion designer, television personality and entrepreneur. She has been with the industry for quite a long time, debuting her music career with her own band “No Doubt” and went on solo in the early 2000s. Stefani embarked on a successful career both as a lead vocalist for her rock band and going solo. She has not only established herself as a singer but also a television personality and a fashion icon with her own clothing line, L.A.M.B. Throughout her career, she has sold more than 30 million albums globally.

Gwen Stefani was born on the 3rd of October 1969, in Fullerton, California, United States of America. She is currently 51 years old.

Gwen Stefani is the second of four children to parents Patti (née Flynn) and Dennis Stefani, who worked as a Yamaha marketing executive. Her mother was an accountant and later left the job to take care of the family.

She has three siblings, an older brother, Eric Matthew Stefani, who is also a songwriter, keyboardist, and animator, one younger sister, Jill Stefani, and one younger brother, Todd Stefani.

Stefani graduated from Loara High School in Anaheim, California in 1987. Later, she got enrolled at Fullerton College in Fullerton, California and then attended California State University, Fullerton.

Stefani met her husband, Gavin Rossdale, guitarist and lead singer for the rock band Bush when she toured with the band and began dating each other. They married on 14 September 2002, after six years of dating. They have three children –  sons Kingston James McGregor (b. May 26, 2006), Zuma Nesta Rock Rossdale (b. August 21, 2008), and Apollo Bowie Flynn Rossdale (b. February 28, 2014). The couple ended their 20 years marriage life in July 2015 and eventually filed for divorce in August 2015.

Even though, Stefani in her late 40’s, she’s far good and sexy as she would be, who is currently dating singer Blake Shelton.

Her past relationship includes singer Tony Kanal who she dated when she formed her own band. He was part of the band and they both quickly became attached to each other. She was so crazy on him and went on to comment, “…all I ever did was look at Tony and pray that God would let me have a baby with him.”  Other members of the band were unhappy about their relationship as they treated her as a sister. Finally, their relationship ended in a bitter way in 1993.

In 1986, she formed her own rock band No Doubt with her brother, Eric, and became a lead vocalist for the band. They signed a record deal with a big record label, Interscope Record in 1991 and released their self-titled album in 1992, which was unsuccessful. Three years later, the band released their second album, The Beacon Street Collection, a quite successful album. Their third album, Tragic Kingdom, with the lead single, Don’t Speak went on to top the year-end charts.

Since then, the band released a number of albums and singles. In 2004, Gwen Stefani went solo and released her debut album that goes by the name, Love. Angel. Music. Baby. which was made it to Billboard Top 100 list and sold over 300,000 copies in its first week of sales. The album’s lead single LAMB met with a huge success both acclaim and sales. Shortly after, Stefani honed her music skills, releasing different genres of music.

As of November 2017, Gwen Stefani is working on a studio album, mostly holiday-themed album. The album’s title track was digitally distributed on September 22, 2017, as its lead single and features guest vocals from Shelton. Stefani has released four studio albums, one extended play, 24 singles, five promotional singles, one video album, and 19 music videos. She has sold more than nine million albums as a solo artist.

In 2001, Gwen made a cameo as herself in the action comedy film Zoolander.

In 1996, she appeared on the sketch comedy series Saturday Night Live as a musical guest. Until 2006, she has appeared in 5 episodes.

The gorgeous American singer, Gwen Stefani, has accumulated a net worth of 150 million US dollars. She had endorsed several big names in the business that adds up great value to her net worth. Along with that, her singing career, music sales, film and television appearances, concert tours, investments, and other business ventures have brought her immense wealth.

Stefani launched her own clothing line,  L.A.M.B. in 2004 and that branched out into different segments. Her band was a favorite one among celebrities. In late 2006, Stefani released a limited edition line of dolls called “Love. Angel. Music. Baby. Fashion dolls”. The dolls are inspired by the various fashion that Stefani and the Harajuku Girls wore while touring for the album. In late summer 2007, Stefani launched a perfume, L, as a part of her L.A.M.B. collection of clothing and accessories.

Gwen Stefani owns many luxury houses in and around Los Angeles. The pop sensation has a Mercedes-Benz G-Wagon, a Range Rover, a Porsche Panamera, and a Maserati Quattroporte.

Her music influencers are The Selecter, The Cure, Prince, and Red Hot Chili Peppers.

In 2008, Stefani was the 10th highest paid music personality in the world with $27 million in earnings.

At the People Magazine 2014 Awards, she was honored with the Style Icon Award.

She is a coach of NBC The voice along with Adam Levine, Alicia Keys and her boyfriend Blake Shelton.