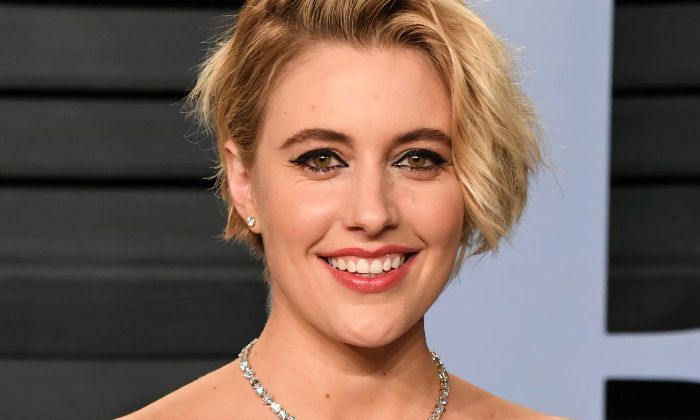 Who is Greta Gerwig?

Greta Gerwig is an award-winning American actress and filmmaker who launched her acting career in 2006 and has since gone to star in a number of movies such as Greenberg, Frances Ha, Mistress America, 20th Century Women, Maggie’s Plan and Isle of Dogs. Great has gained so much attention in Hollywood, thanks to her jaw-dropping performances in movies and TV series. Furthermore, she is an acclaimed filmmaker, having written and directed two movies such as Lady Bird and Little Women, both of which earned several Academy Award nominations.

Greta Gerwig was born on the 4th of August 1983, in Sacramento, California, United States of America. She’s currently 37 years old.

Greta Gerwig is the youngest of two children of Christine (née Sauer), an Ob-Gyn nurse, and Gordon Gerwig, who worked for a credit union on small business loans. She grew up in the River Park neighborhood alongside her older brother, who is a landscape architect, and sister, a manager at the Equal Employment Opportunity Commission.

Despite having been raised Unitarian Universalist, Greta attended an all-girls Catholic school St. Francis High School, located in her hometown of Sacramento, and graduated in 2002. From an early age, she has been fascinated by dance and took up competitive fencing. She participated in various competitive events and she was ranked third in the state of California during the peak of her sporting career. But, she had to give up her dreams as the sport demanded a lot of money for training and other things.

Besides dancing, she has also involved in theatre from her school days that led to starring in theatre productions such as The Boy Friend, Into the Woods, The Apple Tree, and Pippin. Thus, upon graduating from high school, she intended to study musical theatre but ended up attending Barnard College from which she graduated with a BA degree in English and philosophy.

When it comes to her personal life, it is known that she has been in a relationship with filmmaker Noah Baumbach. They began dating shortly after working together in the comedy drama, Greenberg, which was written and directed by Noah. Since then, she has appeared in many of his movies, playing lead roles, including Frances Ha, Mistress America and The Meyerowitz Stories. They have a son named Harold Baumbach, born in March 2019.

Greta Gerwig made her acting debut with a minor role in Swanberg’s LOL in 2006, while still in college. As she already had a vast experience in acting, thanks to her appearances in a various theatre productions, which helped her to gain experience and knowledge, leading her to rapidly climb the ladder of success.

She then followed up with supporting roles in movies, including Baghead, Nights and Weekends, and The House of the Devil. It took almost four years since her career beginnings to earn her first major role in Noah Baumbach’s Greenberg, co-starring with Ben Stiller, Rhys Ifans, and Jennifer Jason Leigh. She achieved mainstream success with this film and received praise from critics where A. O. Scott from the New York Times described Gerwig as an “ambassador of a cinematic style that often seems opposed to the very idea of style.”

In 2012, Greta starred in Noah Baumbach’s black and white comedy-drama, Frances Ha, as Frances Halladay, a role that earned her a Golden Globe Award nomination. Most recently, she has appeared movies such as Mistress America, Jackie, 20th Century Women, and Isle of Dogs.

Apart from acting, Gerwig has also been very successful in filmmaking as well. She’s credited with two directorial ventures, the coming-of-age films Lady Bird and Little Women. Both her films received a lot of praise and accolades, including eleven Academy Award nominations and won for Best Costume Design (Lady Bird).

In 2016, Gerwig was invited to join the Academy of Motion Picture Arts and Sciences.

With so many accomplishments to her name, Greta Gerwig is a decorated actress and screenwriter. She has achieved a tremendous amount of success in terms of both popularity and wealth. Greta Gerwig is estimated to be worth $4 million in 2020. With no doubt, her acting appearances and her directorial ventures have contributed a major part to her net worth.