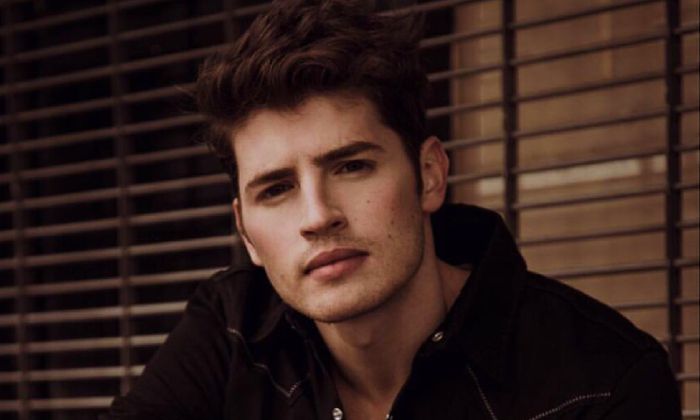 Who is Gregg Sulkin?

Gregg Sulkin is a British-born American actor who has been pursuing his career of choice since he was a tender 10 years old. He shot to prominence with starring roles on Disney’s As the Bell Rings and Wizards of Waverly Place. His early appearances brought him so much attention that eventually led to several other major roles, including Liam Booker on MTV’s Faking It and Chase Stein on the Hulu series, Runaways. On the film front, Gregg has starred in movies such as Don’t Hang Up, Status Update, Another Me, White Frog and Deported.

Gregg Sulkin was born on the 29th of May 1992, in Westminster, London, England. He is currently 28 years old.

Gregg Sulkin is the son of Graham Sulkin and his wife Janice Sulkin. He has brother named Grant Sulkin.

Gregg Sulkin has had dated several women over the course of his acting career. He has been dating model Michelle Randolph since 2018.

His first publicly known relationship was with his childhood friend, Samantha Boscarino, whom he dated briefly from 2008 to 2009. An interesting tidbit about this lovely pair is that they acted together in the hit TV series Wizards of Waverly Place.

After breaking up with Samantha, Gregg began dating actress Debby Ryan. However, this relationship also didn’t last long and they ended their two years relationship in 2010. That same year, he had a short-lived relationship with fellow actress Britt Robertson that barely lasted for a few months.

Though he had dated many women, it was this relationship with Bella Throne that attracted a lot of media attention. The two began dating in June 2015 and called it quits in August 2016.

Gregg Sulkin started off his acting career at the age of 10 years old, appearing in the 2002 British miniseries Doctor Zhivago as Seryozha.

Sulkin has accomplished a staggering amount of fame in a short period of time. This includes portraying JJ on the Disney Channel comedy, As the Bell Ring, and playing Mason Greyback on the Disney Channel series Wizards of Waverly Place, with co-stars like Selena Gomez, David Henrie, Jake T. Austin, and Jennifer Stone, among others.

In addition, he had major parts in the MTV comedy series, Faking It, and in the Hulu series, Runaways a Hulu series, based on the Marvel Comics superhero team of the same name.

He has been enjoying much success as an actor ever since he has gotten into acting. Thanks to his dapper looks, Gregg has become adored by women from all over the world. He has amassed a huge following on social media.

With no doubt, Gregg is already incredibly successful. His passion and love for the craft has made him one of the richest actors in the English media. Gregg Sulkin’s net worth, as of 2020, is estimated to be worth a whopping 3 million.

He had his bar mitzvah at the Western Wall in Israel in 2005.

Growing up, he played a lot of soccer and tennis and competed at the 2009 Maccabiah Games, playing soccer with Team Great Britain.

He was nominated for Teen Choice Awards in 2015 and 2016, respectively.

Gregg had a recurring role in the television series, Pretty Little Liars, co-starring with stars such as Shay Mitchell, Ian Harding, Ashley Benson, Lucy Hale, Tyler Blackburn, and Troian Bellisario, among others.

In 2020, he appeared in a music video for “Crying in the Mirror” by Rainford.