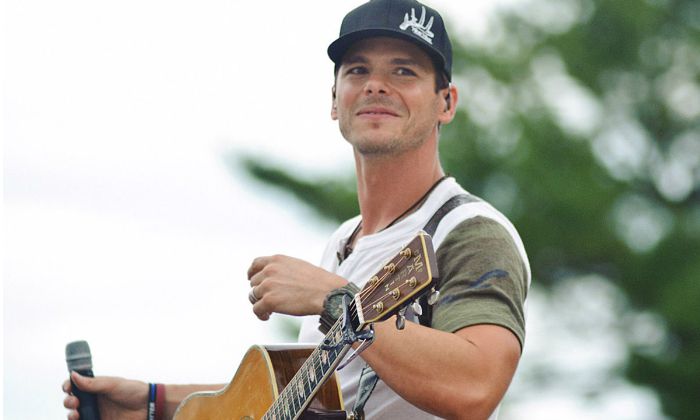 Who is Granger Smith?

Granger Smith is an American country singer and songwriter who earned plenty of success with the release of three consecutive Top 20 country hit tracks, “Backroad Song,” “If the Boot Fits,” and “Happens Like That.” In addition, the Texas native has released a total of nine albums, of which the last two albums, “Remington,” “When the Good Guys Win,” managed to peak within top 5 on Billboard’s “Hot Country Songs,” and “Independent Albums” charts.

Granger Smith was born on the 4th of September 1979, in Dallas, Texas, United States of America. He is currently 41 years old.

Speaking about his family and early life, there is not much information regarding his parents. He grew up with his two brothers in his hometown of Dallas, Texas. He attended Lake Highlands High School in Dallas before graduating with a bachelor’s degree from Texas A&M.

Granger Smith married actress Amber Emily Bartlett on February 11, 2010. He met her for the first time while filming a music video, and thereafter, Emily has featured in several of his music videos. The couple dated for a while before getting married to each other.

Emily is known for her role in films like “Monsterwolf,” “Hot Air” and “Beneath the Darkness.” She attended the University of Texas from where she graduated with a Bachelor of Arts degree in Broadcast Communication/News in 2005.

The couple welcomed their first child, a daughter, London Smith, on October 3, 2011. She gave birth to their second and third child, both sons, Lincoln Monarch Smith, born on January 7, 2014, and River Kelly Smith, born on May 16, 2016, respectively. one daughter and two sons. Granger shared a heartbreaking post on June 6, 2019, that they lost their youngest son River to a “drowning accident at their home.”

Granger Smith released her debut studio album titled “Waiting on Forever” on November 30, 1999. He himself released the album. As of 2019, he has released nine studio albums, one live album, two extended plays and seventeen singles.

He is quite famous for his studio albums like “Dirt Road Driveway,” “Remington,” and “When the Good Guys Win”. The former charted at No. 15 on the US country charts and No. 11 on the US indie charts. He released the last two albums after signing a lucrative deal with Broken Bow Records imprint Wheelhouse Records.

He has quite an impressive fan following on social media platforms with over 800k followers on Instagram, 500k followers on Twitter and around 1 million followers on Facebook. He runs a self-titled YouTube channel on which he has over 400k subscribers.

According to several sources, Granger’s net worth is estimated to be around $6 million dollars. He earns most of his wealth from his incredible music career as well as from advertisements and public appearances.

He explored his love for music at the age of 14 and started pursuing his music career by teaching himself to play guitar.

He has performed at the White House three times and has even traveled to perform for soldiers in Iraq and Kuwait in 2008.

An online magazine known as Taste of Country named him as the Hottest Artist to Watch in 2016.

In 2016, he won the BMI Country Award at the BMI Awards for his hit number “Backroad Song”.

Some of his notable songs include “Backroad Song”, “If the Boot Fits”, and “Happens Like That”.