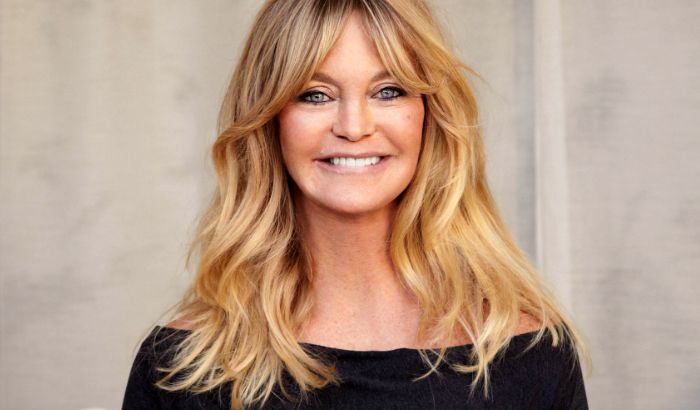 Goldie Hawn is an American actress and film producer best known for her role as Toni Simmons in Cactus Flower which earned her an Academy Award and Golden Globe Award for Best Supporting Actress. She rose to prominence for her role in the NBC sketch comedy program Rowan & Martin’s Laugh-In from 1968 to 1970. Her other acting credits include  Overboard, Bird on a Wire, Death Becomes Her, Housesitter, The First Wives Club, The Out-of-Towners and The Banger Sisters.

She is currently 73 years old.

Hawn ran and taught in a ballet school. In 1964, she went to the American University to study drama, but dropped out to pursue a career in acting.

Multi-ethnicity. Her father is of English and German while her mother is of Ashkenazi Jewish ancestry.

Growing up in  Takoma Park, Maryland, she was raised Jewish. she also practices Buddhism.

In 1968, Goldie Hawn made her first appearance in films with the film The One and Only, Genuine, Original Family Band, in which she played the role of a Giggle Girl.

Hawn portrayed the character of Sandy Kramer in the American sitcom Good morning, World from 1967 to 1968 (20 episodes).

With a career sprawling over five decades,  Goldie Hawn has accumulated a net worth of $60 million US dollars as of 2017. Her career from a gogo dancer to one of the finest actresses in the industry is seemingly impressive. She is not active in acting films bur producers and directs films. It’s an indisputable fact that she is one of the most popular and gorgeous actresses of all time and even at 72, she’s in great shape.

Hawn originally intended to become a country star. In 1972, her first album, “Goldie” was released followed by singles, “Pitta Pitta” and “You Don’t Own Me” in 1972 and 73, respectively.

She has taken ballet classes since she was three and before getting fame as an actress, she taught ballet in her hometown of Washington, D.C.

In 1969, she starred in Cactus Flower alongside Walter Matthau and won the Academy Award for Best Supporting Actress.

In 1985, she posed for the cover of Playboy magazine’s January issue.

In 1999, she was awarded Hasty Pudding Woman of the Year.

She founded The Hawn Foundation, where she taught children the Buddhist technique of mindfulness training.

Hawn is a supporter of the LGBT community.

In 2017, Hawn returned to the big screen for the first time since 2002, co-starring with Amy Schumer in the comedy Snatched, playing mother and daughter.