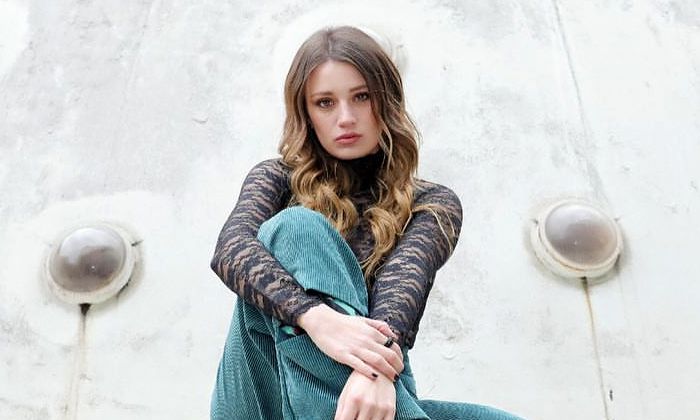 Who is Gizem Karaca?

Gizem Karaca is a Turkish actress and model, probably best known for representing her country at the Miss World 2011 competition. She made her screen debut in 2012 with Eve Düşen Yıldırım and has since appeared in over a dozen TV shows and movies. Her acting credits include Ay Lav Yu Tuu, Içimdeki Firtina, Seni Seviyorum Adamim, Benim Hala Umudum Var, Güzel Köylü and Sosyetik Gelin,Organik Aşk and Şampiyon. Besides all this, she has a huge social media following with more than 2.7 million Instagram followers and nearly 300 thousand followers on Facebook.

Gizem Karaca was born on the 7th of September 1992, in Istanbul, Turkey. She is currently 27 years old.

Very little is known about her personal aspect of her life. Gizem Karaca is the only child to her parents Cuneyt Karaca and Munevver Karaca.

She completed her primary school education in Istanbul in 1998 and moved to New York, U.S. with the family in 1999, where she attended middle school. She then attended schools in Tampa and Toronto in Canada and then returned to Turkey.

Gizem continued to pursue high school even after returning to Istanbul, Turkey. After graduating high school, she enrolled in the Department of French Language and Literature at Istanbul University.

As far as Gizem’s dating life is concerned, she began dating her now-husband Kemal Ekmekci in 2015. Two years later, the couple began got married on September 16, 2017, in Turkey.

Gizem made her feature film debut with the 2014 Turkish film, Seni Seviyorum Adamım, in which she was cast as Ezel.

She made her first television appearance in the beauty pageant show L’Oréal Paris Miss Turkey as herself in 2011.

The following year, she landed a small part in the television series, Eve Düşen Yıldırım (English: Lightning within the house). She played the role of Muazzez in the series.

The Turkish beauty achieved huge fame in her home country after placing second in the Miss Turkey competition in 2011. That eventually led her to represent her country at the Miss World competition that same year in London.

She has been playing both large and small roles in Turkish media for over a decade and she’s set to reach a much larger audience with her recent accomplishments. Her career brought her so much attention that she has amassed more than 2.7 million followers on Instagram. She has garnered nearly 300 thousand followers on her official Facebook page.

Gizem Karaca started off her career as an ad and clip actor in 2010.

In 2011, she earned representation with the Med Yapım Production Company and was cast in the lead role in the TV series, Eve Duzen Yildirim.

In 2013, she signed with Gold Production and gave life to the character Güneş in the series Emir’ in Yolu.

On 25 January 2013, Gizem was among 30 actresses arrested by Istanbul’s narcotics police over drug usage.

Besides acting, Gizem is also trained in Violin, Piano, Ballet, Aviation, and Pilot.

She is represented by Tuncay Altunoglu Management.