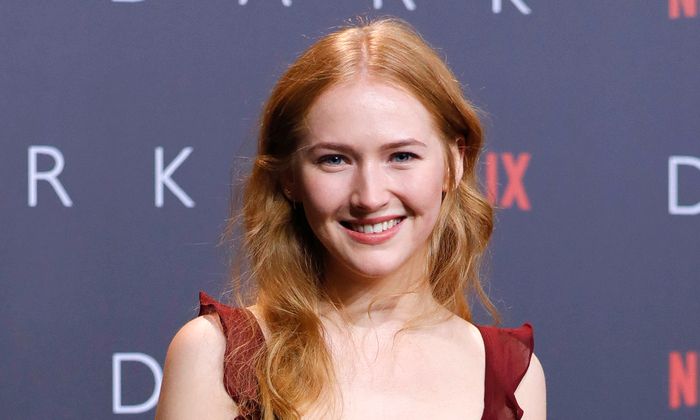 Gina Stiebitz is a German actress probably best known for her portrayal of Franziska Doppler on Netflix’s “Dark” and as Lauri Müller in the television series, “Circle of Life”. She has been making a splash in the entertainment industry through her appearances in both films and television series. She has starred in a little less than a dozen television projects, including “How do I raise my parents?”, “In all friendship”, “Family Dr. Kleist”, “We are now” and “In all friendship – The young doctors”. Apart from small and big-screen appearances, Gina has also acted in a few theatre productions of “The Snow Queen”, “The Youth of the Bounty” and “Dreams Need a Start”.

Gina Stiebitz was born in the October of 1997, in Berlin, Germany. She is currently 22 years old.

Talking about Stiebitz’s personal life, she hasn’t revealed any information about her family or her early life. She became obsessed with acting at a young age and after graduating from Schiller High School Berlin, she pursued a professional acting course during her teenage years.

Well, this is the topic that most of you are probably looking forward to. But nothing is known of Gina’s romantic relationships at the moment as she has always managed to keep that part of her life as secretive as possible.

In 2010, Gina Stiebitz secured a role in the science-fiction drama film, Womb, where she played the character of Dima. She starred alongside Eva Green, Matt Smith and Academy Award nominee Lesley Manville.

At the age of 11, Gina became a part of the MDR comedy-drama series, Wie erziehe ich meine Eltern? (How do I raise my parents?) in which she played the role of Constance “Konny” Mittenzwey, daughter of the lead character played by Felix Eitner from 2008 to 2009.

In 2009, Gina was cast as a part of the Berlin Friedrichstadtpalast production called The Snow Queen, which marked her stage debut.

With no doubt, her portrayal in the Grimme Prize-winning first German Netflix series “Dark” brought in her global fame and recognition. She plays the character named Franziska Doppler, a young rebel who has a strained relationship with her parents and wants to escape from the town where she lives.

Created by Jantje Friese and Baran bo Odar, the series received good reception among the television audiences and performed well in the ratings.

At age five, she started to take figure skating lessons and participated in numerous competitions.

Gina has also been trained in ballet and she knows various dance forms including salsa, flamenco, and belly dancing.

At age 13, she signed with the acting agency La StradaDoells and has been working with them since then.

She is bilingual and can speak German as well as English.

Gins had small parts in TV series including, Familie Dr. Kleist, We are now, The Old Man – Poisoned Friendship and In all friendship – The young doctors.

She can also play the guitar.