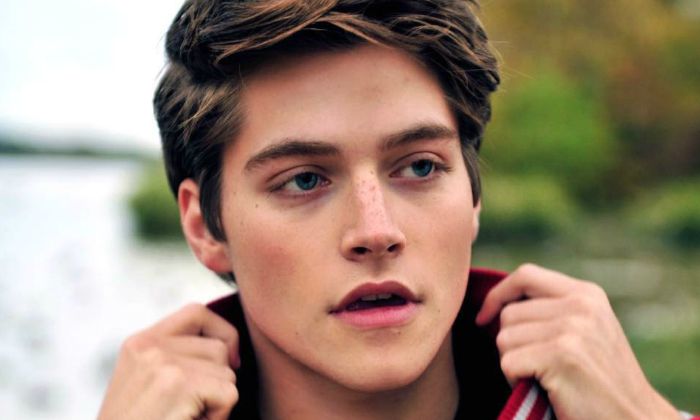 Who is Froy Gutierrez?

Froy Gutierrez is an American model-turned-actor and singer probably best known for his starring roles as Nolan in Teen Wolf and Charlie in Bella and the Bulldogs. Having grown up in Highland Park, Texas, he got interested in acting at a very young age and studied theater upon graduating from college. A talent scout signed him while he was still in high school and booked auditions for various roles in television shows before landing guest spots on Bella and Bulldogs. He has acted in movies such as A Cowgirl’s Story, The Vampyre, and Dembanger. Also a singer, he dropped a few singles last year including “Fix Me” and “Crash” and “When It’s Midnight.”

Froy Gutierrez was born on the 27th of April 1998, in Highland Park, Dallas, Texas, United States of America. He is currently 21 years old.

Froy Gutierrez is the oldest of three children of Froylan Gutierrez and Heather Lee. He has two younger siblings, a brother, Henry and a sister whose name is not unknown.

Froy attended and graduated from Booker T. Washington High School for the Performing and Visual Arts in Dallas, Texas, where he studied theatre. Though he wanted to become an actor from a young age, he decided to study economics after graduating from high school in order to become an economist. But he dropped out his plan and pursued acting after he won the role of Nolan in Teen Wolf.

While he is currently single, he has always kept his fans guessing about his relationship status as he used to share pictures on his Instagram being with several women, mostly from his modeling shoots. Coming to his romantic life, he is very secretive and has tried keeping his personal matters away from the media to the best of his abilities.

Froy Gutierrez made his on-screen debut in 2017 with the family film, A Cowgirl’s Story, where he played the role of Jason.

Froy released his first song “Sideswipe” in July 2018 as a non-album single.

Though he guested on various television series like Goldbergs, One Day at a Time, Liza on Demand, his portrayal of Nolan Holloway on MTV’s series Teen Wolf is his first major breakthrough as an actor. He received critical acclaim for his performance in the series that apparently boosted his acting career.

In 2019, he was cast in the main role of Rodge in Light as a Feather, a supernatural thriller web television series, based on Zoe Aarsen’s book of the same name.

Unfortunately, we do not know the exact details about his net worth and salary at the moment.

Though all his works and accomplishment, Froy Gutierrez has attracted a huge fan following across social media sites. He’s extremely popular on the photo-sharing app, where he has gained nearly 2 million followers. He can be found on Twitter @froynextdoor, where he’s got over 240 thousand followers.

His official Facebook page @froyofficial has earned over 115 thousand followers. He is also on YouTube. Despite the fact that his channel has only three videos, he has managed to accrue 22 thousand subscribers.

He has been performing on stage since his school days. His dreams became more of a reality when a local talent agent saw him in a play at school and signed him up.

He’s bilingual and can speak both English and Spanish.

Froy has appeared in a number of television commercials for brands such as AT&T, Hasbro, Boy Scouts of America, and Build a Bear.

Before gaining fame as an actor, he has acted in a number of plays, including credits in Little Women and The Matchmaker.

Froy starred opposite Rita Moreno in One Day At A Time.

If Froy hadn’t become an actor, he would have been an economist.