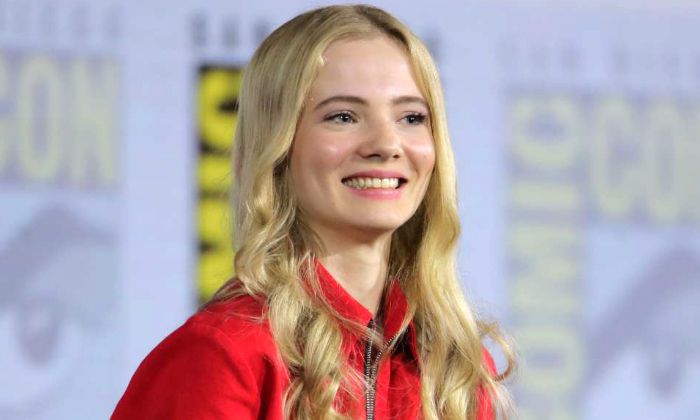 Who is Freya Allan?

Freya Allan is an English actress who first came into public attention for her portrayal of Princess Cirilla of Cintra in the Netflix series “The Witcher.” Despite the fact that this is her first-ever major appearance when it comes to acting, she has already guest-starred in series like “Into the Badlands” and “The War of the Worlds” in 2018 and 2019, respectively. She has also featured in short films such as “Bluebird,” “The Christmas Tree,” and “Captain Fierce.” Freya has already wrapped “The Third Day” in which she plays Karli and the miniseries is slated to air in 2020.

Freya Allan was born on the 6th of September 2001, in Oxfordshire, England, United Kingdom. She is currently 18 years old.

Though not much is known about her immediate family, Freya Allan had spent most of her childhood in Oxford. There she attended and graduated from Headington School and then studied acting at the National Film and Television School in Beaconsfield, Buckinghamshire.

During her stint at NFTS, she acted in two short films Bluebird and The Christmas Tree. After that, Allan joined the Arts University Bournemouth to study acting and around this time, she played Linda in the short film Captain Fierce.

Now, this is the topic that most of you are probably looking forward to. Well, she is currently single and looks like she has no plans to get into a relationship at this point in time as she is still in the early stages of her career.

Freya’s career has just been launched and that being said, she has kept almost all aspects of her personal life away from the media spotlight to the best of her abilities.

After being guest-starred in a couple of television series, Freya Allan was cast as Princess Cirilla of Cintra in the Netflix original series “The Witcher” in 2019. She starred alongside Anna Shaffer, Anya Chalotra, and MyAnna Buring in the series.

This fantasy drama series is based on The Witcher book series by Polish writer Andrzej Sapkowski. In fact, she was originally selected for the role of Marilka, which is actually a guest role, but Lauren Schmidt Hissrich (showrunner) and Alik Sakharov (director) decided to cast her to play the role Ciri after seeing her audition.

Allan credits her role in The Witcher as being her first major work which earned her a lot of fame and attention. She has gained around 450k followers on her Instagram account in no time ad that’s the amount of love that people have on her.

Allan has already made a career for herself and she is doing fairly well. She has accomplished a lot as an actor at a young age and she continues to do so. Having been acting only for the last couple of years, we can only assume that she will have a decent net worth. With The Witcher adding to her resume, her net worth is likely to increase in the future.

Just like other stars, Freya Allan uses social media to get in touch with her fans as well as to promote her career. Though she can found on various social media platforms, she is being most widely followed on Instagram. She joined the photo-sharing app in July 2019 and she is quick enough to accrue over 450k followers.

She discovered her knack for acting at a very young age and did no mistake by studying acting right after graduating from school.

She got five A*s, two As and two As at GCSE.

In 2013 she was in Rapunzel Ballet Lorent’s young company and performed in the Oxford Playhouse.

Allan auditioned for the role of Marilka, daughter of an alderman, in the fantasy drama series, The Witcher. She was eventually selected for that role, however, the cast directors replaced her to play the role of Ciri as they couldn’t find a better match for that role. Mia McKenna-Bruce played Marilka in the series.

She featured as a cover girl for MOD magazine as well as appeared on Schon magazine.