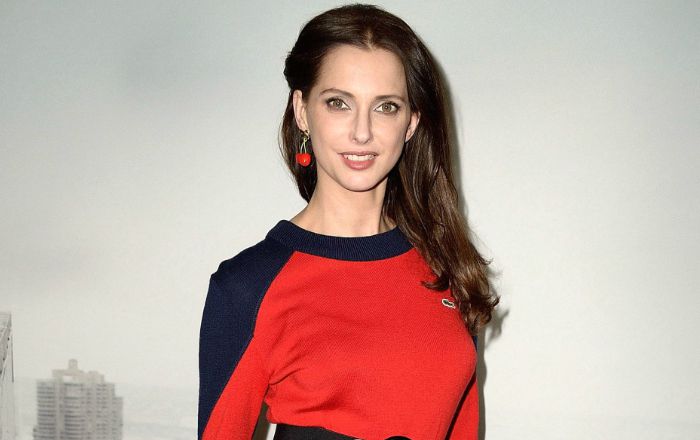 Who is Frédérique Bel?

Frédérique Bel is a famous French actress best known for her work as Dorothy Doll in French TV series La Minute Blonde from Le Grand Journal. She had a successful acting career both in films and television having credits in television series like Fais Pas Ci, Fais Pas Ca and Profilage and in the films Au Bistro du Coin and La Liste de Mes Envies.

Unfortunately, not much is known about her family background. Her parents ran a catering and hospitality business. She has a sister.

After earning her high school degree, she joined the Marc Bloch University, Strasbourg and graduated with a degree in modern literature. She obtained her master degree and a DEUG in history of arts before joining the University Theater of Strasbourg.

Frédérique doesn’t opt her personal life to be in limelight and very cautious about keeping it away from media. Therefore, there is not much information available of any relation she has had in the past or in the present.

Her debut film was Deuxième vie, a comedy fantasy movie, where she played a minor role. The film was released in 2000.

Frédérique made her television debut in the action crime TV series, Léa Parker in 2004.

Best known for her portrayal of Dorothy Doll in the talk show, Le Grand Journal.

Bel is the spokesperson of the AMFE (Association Maladies Foie Enfants), where she made a national campaign to prevent from liver diseases of young children.

Her net worth is estimated to be $4 million dollars. She lives in Paris, France.

She worked as a lingerie model to supplement her acting and comedy classes.

In early days of her acting career, she was cast in supporting roles before playing feature roles in films.

She has voiced for several popular characters in a number of animated films including Arthur and the Revenge of Maltazard and Arthur 3: The War of the Two Worlds.

She voiced for Barbie in the French dubbed version of Toy Story 3 in 2010.

She had often caught up in controversies. In 2012, she posted naked pictures of her on Twitter while supporting François Hollande during the 2012 French presidential election. Her account was suspended.

In 2014, she shared articles about trafficking of women in the Islamic State on Facebook and eventually her account was suspended for a week. She took to twitter to express her anger of being censored by Facebook.

Frédérique is a staunch women’s rights defender and supporter.