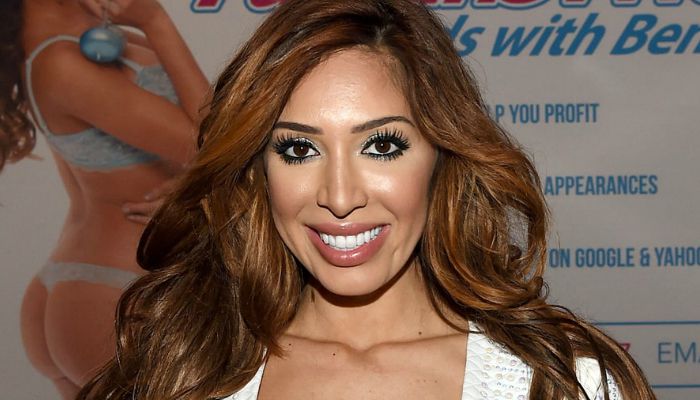 Who is Farrah Abraham?

The American television industry has created a huge impact on the lives of Americans for several decades which has produced numerous stars to this date. It is obvious that America is acclaimed for having lots of reality shows than any other country in the world, and of course, several of them have a massive fan following. One among such reality shows was MTV series, 16 and Pregnant through which this American TV personality, Farrah Abraham achieved a huge amount of popularity. Over the years, she has been cast in several shows like Teen Mom, Couple Therapy and Marriage Boot Camp: Reality Stars Family Edition.

Farrah Abraham was born on the 31st of May 1991, in Council Bluffs, Iowa, United States of America. She is currently 28 years old.

Speaking about Abraham’s childhood and parents, she is the daughter of Michael Abraham and Debra Danielson. She has a sister named Ashley Danielson. Her mother is also a reality TV star who has appeared on reality shows like MTV’s 16 & Pregnant and Teen Mom. Her ancestry traces back to Syrian and Italian descent on her biological father’s side while her mother has Debra Danish and Sicilian roots. She has a step-father through her mother’s remarriage in 2017.

Farrah Abraham attended Council Bluffs Thomas Jefferson High School. She, then, furthered her studies at a community college but dropped out following her pregnancy rumor outspread like wildfire. In 2011, she enrolled at the Arts Institute of Fort Lauderdale from where she graduated with a degree in culinary arts.

Farrah Abraham dated Derek Underwood in 2006 who died in a car accident on December 28, 2008. She was 8 months pregnant at the time of ex-boyfriend’s death and gave birth to her daughter Sophia Laurent Abraham on February 23, 2009.

Thereafter, she has had dated many stars including Daniel Alvarez, James Deen, Simon Daran, and Aden Stay.

Farrah Abraham released her first studio album, “My Teenage Dream Ended”, on August 1, 2012. Her first single Blowin was released in 2014.

Farrah made her first television appearance as host in the episode #2 of season 1 in MTV’s series 16 and Pregnant in 209.

Mom and Me Premium Italian Hot Pepper Sauce, Seasonal Beauty Kits, and many others.

Abraham has an estimated net worth of $1 million. She made a huge deal of money from reality shows and her sex tapes earned her $1.5 million dollars.

In 2012, she published her first memoir entitled “My Teenage Dream Ended” which earned a spot in The New York Times Best Seller list.

That same year, she released her debut album of the same name which received mixed reviews from critics.

She used to be cheerleader during her high school.

She launched her own pasta line called Mom & Me.

Farrah has appeared on The Doctors, Botched, Comedy Underground with Dave Attell, and The Playboy Morning Show.

She was arrested in March 2013 for driving under the influence of alcohol.