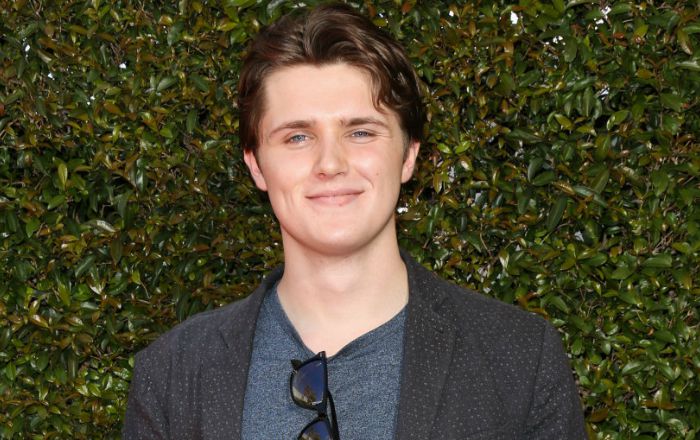 Who is Eugene Simon?

English actor who gained popularity for his portrayal of Jerome Clarke on Nickelodeon’s mystery television series House of Anubis. Eugene Simon was cast in a recurring role of Lancel Lannister in the HBO’s fantasy drama television series Game of Thrones. His acting credits include Genius, Ben Hur, Noah and Saskia, The Lodgers, and The Eden.

Eugene is the youngest son of Anton (died 2017) and Teresa (née Stopford) Simon. He has two siblings, an older brother, Charles Stephen Simon, and a younger sister, Fleur.

Simon attended St Philip’s Catholic School in London. He later enrolled at the Branston School, a boarding school in Blandford Forum, England. In addition, Simon studied at the Downside School in Stratton-on-the-Fosse but dropped out to pursue an acting career.

Eugene has kept his personal life discreet from his professional life and thus there is not much information available of any relation he has had in the past or in the present.

Eugene Simon made his acting debut in the 2015 American romance film, ‘Casanova’ as Giacomo Casanova.

Simon was cast Harry in just 4 episodes of the British sitcom ‘My Dad’s the Prime Minister.’

He earned a lot of fame for playing the lead role in the mystery television series developed for Nickelodeon based on the Belgian-Dutch television series ‘Het Huis Anubis.’ He played Jerome Clarke in a total of 146 episodes from 2011 to 2013.

He had a recurring role of Lancel Lannister on HBO’s fantasy series, ‘Game of Thrones’ from 2011 until 2016.

Simon’s net worth is estimated at $1.9 million dollars.

Eugene enrolled at the Abacus at the age of eight.

He started his acting career in theatre with the role of Archie in James Joyce’s ‘Exiles’.

At age 13, he played a lead role of Gerald Durrell in the BBC’s TV-film adaptation of ‘My Family and Other Animals’.

He was originally auditioned for the role of Joffery Baratheon on ‘Game of Thrones’.

Simon got training in sword-fighting, horse-riding and charioteering for his roles in Game of Thrones and Ben Hur.

In addition to his native language, he is fluent in Spanish and French.