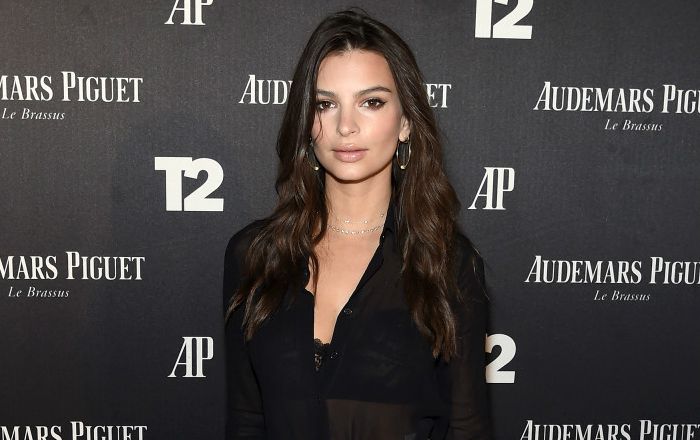 Who is Emily Ratajkowski?

Fashion model and actress Emily Ratajkowski is best known for her appearance in music videos, “Blurred Lines” and Maroon 5’s “Love Somebody”. She has modeled for famous brands and walked the ramp for popular fashion houses. Emily was featured in the 2014 and 2015 Sports Illustrated swimsuit issues. As an actress, she played Tasha in iCarly as well as appeared in films, Gone Girl, We Are Your Friends and Entourage.

Emily Ratajkowski was born on the 7th of June 1991, in Westminster, London, England, United Kingdom. She is currently 28 years old.

Emily Ratajkowski is the only child of American parents, Kathleen Anne Balgley and John David “J.D.” She attended San Dieguito Academy in San Diego before she enrolled at the University of California, Los Angeles (UCLA) to study fine arts. But, she dropped out after her freshman year to focus on her modeling career.

Emily Ratajkowski is married to actor and producer Sebastian Bear-McClard in a courthouse wedding in February 2018 after only a few weeks of dating.

Prior, she was in relationship with Andrew Dryden, a creative director and menswear buyer and later dated musician Jeff Magid.

Emily had her first role in the 2005 film A Year and a Day. Her first leading role came in 2015 with the film Entourage where she played as herself.

She also starred as the mistress of Ben Affleck’s character in the 2014 film Gone Girl.

Emily made her small screen debut in the American teen sitcom iCarly in which she played the character as Tasha in two episodes titled “iSpeed Date” and “iEnrage Gibby”, in 2009 and 2010, respectively.

For her stint as a model during which she walked the runway for leading designers and fashion houses.

Ratajkowski has appeared in a handful of TV commercials like Memphis BBQ Burger.

She has an estimated net worth of $2.5 million. Though, she might not be an established actress in Hollywood, but she has earned immense fame and popularity in modelling industry. She’s a well-known face in the glamour industry.

Emily got interested in acting at her young age and began acting and staging shows for her family. she appeared in productions of The Little Match Girl, Harriet Potter and the Throne of Applewort.

She had her hands in acting and ballet before venturing into modeling. She is a skilled ballet dancer.

She did several editorial shoots for erotica magazine treats!

In December of that year, Emily was included in Rolling Stone’s list of twenty hottest sex symbols.

In February 2014, she was named as one of twelve 50th anniversary swimsuit issue rookies by Sports Illustrated magazine. That April, FHM ranked her the fourth sexiest woman in the world while Maxim  included her at number 62 on its 2014 Hot 100 list.

She has appeared on the covers of international magazines including Elle magazine, Esquire magazine, Harper’s Bazaar, GQ Turkey, Vogue, and Treats! US.