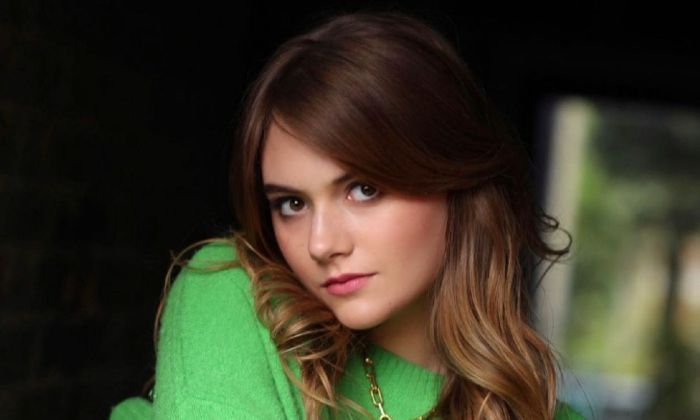 Emilia Jones is an English actress who came to the limelight for portraying Kinsey Locke, the only female child of the Locke family, in the hit Netflix series Locke & Key, starring Darby Stanchfield and Connor Jessup. She’s also known for playing Alice in the sci-fi series Utopia and also guested on Doctor Who, Residue, and Wolf Hall. Her film credits include Pirates of the Caribbean: On Stranger Tides, High-Rise, Brimstone, Patrick, and Coda. Besides all this, Emilia is also credited with several onstage peffroamnces in London’s West End productions.

Hailing from a family of performances, Emilia Jones is the daughter of Aled Jones, a singer and TV presenter, and Claire Fossett. She grew up with her younger brother named Lucas Jones and she’s of Welsh and English descent. Her paternal grandparents were Nest Rowlands and Derek John Jones.

As for her education, not much is known regarding the name of the high school she attended, as well as whether she matriculated or enrolled at college. What may shed some light on that matter is that she started acting at a very young age of eight, and so the chances of her being homeschooled are high.

Emilia prefers to keep her private life away from the spotlight and thus, not much is known in terms of her romantic relationships if any. Based on her social life, it seems that she’s not likely looking for a relationship and focused on developing her career.

Her Claim to Fame

It took almost a decade for Emilia Jones to get on the radar, even though she started her career young at the tender age of eight. She’s quite a gorgeous actress who we’ve watched building her career from the scratch over the years.

Emilia’s road to fame began when she played the lead character of Kinsey Locke, the only girl child of the Locke family, in the widely popular Netflix fantasy drama series Locke & Key. She found a tremendous amount of success and fame, thanks to her killer performance in the series. With this role, she started catching on with the television audiences and quickly became a TV star.

The young beautiful actress’s career has just started picking up stream and it’s too early to estimate her net worth. Thanks to her run on the first season of Netflix’s Locke & Key, Emilia has earned a reputation in the industry. She’s never afraid to show off her talents on the screen, evidenced through her performance in the TV show Locke & Key.

In a 2013 episode of the popular British television series Doctor Who, she co-starred with Matt Smith.

She has worked in theatre playing Young Fiona in the original cast of Shrek the Musical at the Theatre Royal, Drury Lane, and Flora in a stage adaptation of Henry James’s The Turn of the Screw.

Emilia can fluently speak with a American accent.

She learned American Sign Language as well as to operate a professional fishing trawler for around nine months for her role in the movie Coda (2021).