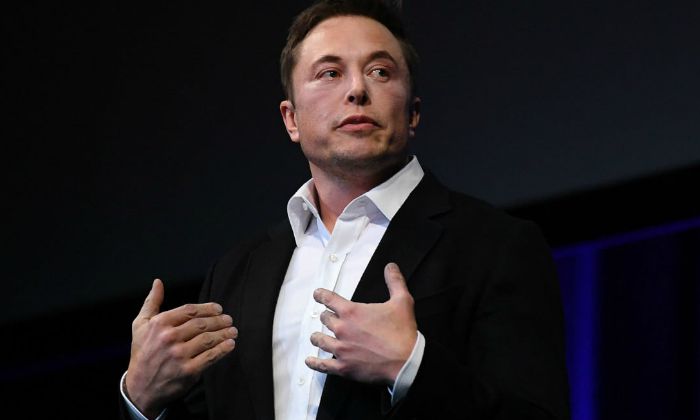 Who is Elon Musk?

South African born American business tycoon, investor, inventor, engineer, philanthropist, and engineer Elon Musk is a new aged technology billionaire best known for his efforts to bring science friction things into reality. Musk is the founder, CEO, and CTO of SpaceX; a co-founder, a Series A investor, CEO, and product architect of Tesla Inc.; co-chairman of OpenAI; founder and CEO of Neuralink. He was previously associated with SolarCity, Zip2, X.coma, and PayPal. Musk’s ambitious vision is to make the world a better place to live in by production and consumption sustainable resources and that’s where his companies with futuristic goals come in.

His space exploration company SpaceX aims at building reusable rockets and he works towards to make both space tourism and a colony on the planet Mars realistic goals for humankind. His other venture, Tesla Inc, engages in making electric cars, battery storage, and home solar panels. In addition to his primary business pursuits, he has also envisioned a high-speed transportation system known as the Hyperloop and has proposed a VTOL supersonic jet aircraft with electric fan propulsion, known as the Musk electric jet. In popular culture, Musk is recognized as Real life super-hero for his futuristic and revolutionary ideas and inventions.

Elon Musk was born on the 28th of June 1971, in Pretoria, Transvaal, South Africa. He is currently 48 years old.

Elon Musk parents are Maye Musk (née Haldeman) and Errol Musk. His mother was a model and dietitian from Regina, Saskatchewan, Canada while his father is a South African electro-mechanical engineer, pilot, and sailor.

He has two siblings, a younger brother, Kimbal and a younger sister, Tosca. Musk’s maternal grandfather, Dr. Joshua Haldeman, was an American-born Canadian and his paternal grandmother was British. He has English, French Huguenot, Afrikaner/Dutch, German, and Swiss-German ancestry.

Musk attended Waterkloof House Preparatory School and then Pretoria Boys High School, graduating in 1989. After completing his high school, he enrolled at the Queen’s University in Kingston, Ontario for an undergraduate program.

After two years, he got transferred to the University of Pennsylvania from where he graduated with a Bachelor of Science degree in Physics from its College of Arts and Sciences. He also earned his bachelor degree in economics from the Wharton School of Business.

At the age of 24, he moved to California to pursue a Ph.D. in applied physics and material science at Stanford University. But, he dropped the program just after two days as he wanted to pursue his entrepreneurial dreams.

Musk has been married met thrice. He met his first wife, Justine Wilson at Ontario’s Queen’s University where both were students. They began dating in 2000 and married in 2008. The couple announced their separation in 2008. They have five children together and they share custody of them.

Post-divorce, Musk began dating his second wife, British actress Talulah Riley in 2008 and the duo got married in 2010. In 2012, Elon announced their split, tweeting to Riley, “It was an amazing four years. I will love you forever. You will make someone very happy one day.” In July 2013, the couple remarried and divorced again in late 2016.

Soon after his divorce with his second wife Riley, Musk started dating American actress Amber Heard in 2016, but their relationship was short-lived. They announced their split in August 2017 stating conflicting schedules.

Musk is currently in a relationship with Canadian musician Grimes.

As of June 2019, Musk has an estimated net worth of $19 billion US dollars, making him the 80th-wealthiest person in the world.

Being a business mogul, his car collection is quite large comprising modern and aesthetic cars from popular brands. He first owned a 1978 BMW 320i, which he had it for two years. Then he bought a 1967 E-Type Jaguar, McLaren F1 and auctioned the Lotus Esprit car from James Bond’s “The Spy Who Loved Me” for $997,000 which he plans to convert it into a submarine. Musk also owns an Audi Q7, a Porsche 911, and a Hamann BMW M5 sports car.

Alongside exotic cars, Musk is also the proud owner of a Gulfstream G650 ER private jet. The Jet was built in 2015 and delivered to Musk in 2016. He also previously owned an Aero L-39, a Czech-made jet trainer aircraft. He also has a 1994 model Dassault Falcon 900 aircraft in his garage.

Elon Musk owns several real estate properties across the US. He owns five luxury houses in Los Angeles’ Bel Air neighborhood. Musk has approximately spent around $75 million Us dollars on these mansions. Recently, he purchased a $24.5 million worth lucratively designed mansion in Bel Air neighborhood.

In 2012, he first purchased a 20,248-square-foot mansion in the same area for $17 million US dollars, which has 7 bedrooms, 7 full and 4 half bathrooms, a tennis course, and a swimming pool in the backyard. In October 2013, he spent $6.75 million US dollars for a ranch home located across the street from the mansion. He uses it as a private school for his five children.

Musk, at the age of 12, developed a video game called Blaster and sold it to a magazine for $500.

He was constantly bullied during his childhood and was once hospitalized when a group of boys attacked and neat him until he lost consciousness.

After dropped-out of Stanford University, he and his brother started their own web company called Zip2 in 1995, which he later sold it to Compaq for US$307 million in 1999.

Musk quickly established an email payment and financial services company called X.com which eventually became PayPal right after the acquisition of Confinity. eBay acquired PayPal in 2002 for US$1.5 billion in stock, of which Musk received US$165 million.

Elon Musk established the Musk Foundation, which is a group committed to space exploration and discovering clean energy sources.

Musk is a firm supporter of fighting global warming and working toward sustainable energy use — he cites it as his primary incentive for founding Tesla Motors and SolarCity.

In 2013, Musk was named Fortune’s “Businessperson of the Year” for SpaceX, SolarCity, and Tesla Motors.