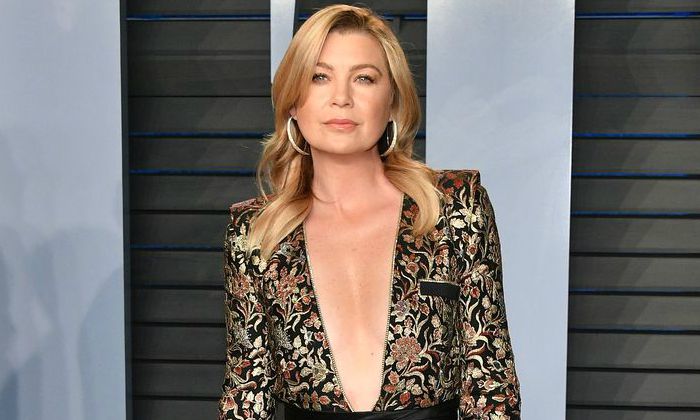 Who is Ellen Pompeo?

Ellen Pompeo is no stranger to the fans of ABC’s popular medical drama series Grey’s Anatomy. Born in Everett, Massachusetts, Pompeo has spent much of her career starring in the series that gained her worldwide fame as an actress. Having started her career in the late 20s, Pompeo had only guest-starred in television shows and films until she caught the eye of the casting directors of Grey’s Anatomy. Ellen first became known to audiences in 2005 and soon became a household name, thanks for portraying the title character, Dr. Meredith Grey. She is one of the highest-paid actors in the television medium and has been featured in the top 5 on Forbes’ “highest-paid TV actors’ list since 2016. Her other acting credits include her starring roles in Moonlight Mile, Catch Me If You Can, Friends, Strangers with Candy, and Station 19.

Ellen Pompeo was born on the 10th of November 1969, in Everett, Massachusetts, United States of America. She is currently 50 years old.

Ellen Pompeo is the daughter of Kathleen (née O’Keefe) and Joseph Pompeo (Died on September 1, 2012). She has three older sisters, Maureen, Kathleen and Suzanne and two older brothers, Joey and Dean. She lost her mother to a painkiller overdose when she was five years old.

Ellen Pompeo made her acting debut in the 1999 romantic drama film, Coming Soon, in which she played a minor role as an upset girl.

It’s no doubt that Ellen Pompeo has made quite a splash in the television industry by starring as romantically challenged doctor Meredith Grey on Grey’s Anatomy. Not only has she gained global fame and recognition but also became one of the highest-paid TV actresses in the world.

Through her television works, Pompeo has accrued a legion of fans for herself on social media as well as she can be proud of her accomplishments.

Ellen Pompeo has come a long way from appearing in television commercials to be one of the highest-paid TV actresses in the world. With all her career accomplishments, Ellen Pompeo has earned a net worth of $70 million as of 2019. Having said that, the larger part of her net worth comes as salaries from Grey’s Anatomy.

In 2012, her remuneration for Grey’s Anatomy as per the new contract signed in 2011 was $9 million dollars. Those earnings made her the eighth highest-paid TV actress in 2012. The following year, her salary was bumped to $350,000 per episode and also she was entitled to receive a share from syndication. In 2015, she earned an estimated $11.5 million and subsequently ranked fourth in the list of highest-paid television actresses.

In 2016, her earnings saw a hefty 32% increase from the previous year and she was placed fourth on Forbes’ list of highest-paid television actresses. According to the renewed contract (2018), Pompeo would earn more than $20 million a year, making her the highest-paid actress in a television drama series.

Before fame, she has worked as a bartender in New York to provide herself.

She was discovered at the SoHo Bar & Grill by a casting scout to appear in commercials for Citibank and L’Oreal.

Ellen is allergic to some food and suffers from asthma.

She has won several awards including Satellite Awards for Best Ensemble in Television (2006) and People’s Choice Awards for Favorite TV Drama Actress (2013) and Favorite Dramatic TV Actress (2015) for her role on Grey’s Anatomy.

She loves basketball and attends NBA games whenever she gets time.

In 2018, Forbes ranked Pompeo as the third-highest female and the fifth-highest actor overall on its 2018 list of highest-paid TV actors on television with earnings of US$23.5 million.