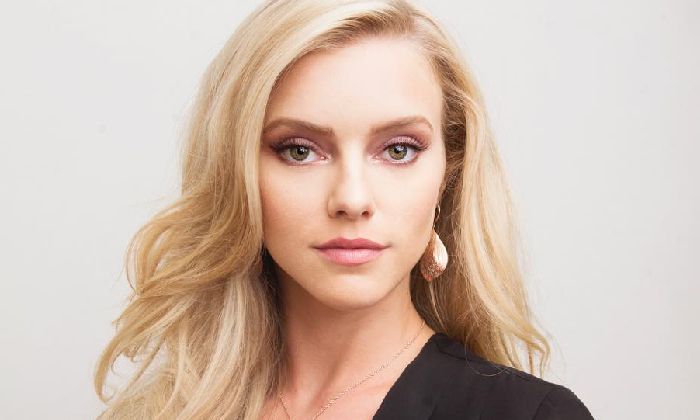 Who is Elle Evans?

Elle Evans is an American model and actress. She got her mainstream break with Robin Thicke’s music video for his single “Blurred Lines” featuring Pharrell Williams, in which she appeared topless. Her appearance in the music video garnered her so much attention that she was dabbled pop culture phenomenon. Since then, she has featured in various music videos, including “Haunted” and “Superpower”. She was named Playboy Playmate of the Month in October 2009. Elle posed nude for Samuel Bayer’s exhibition “Diptychs & Triptychs”. Besides all this, she also has guest-starred in several TV shows and films such as Two and a Half Men, Scouts Guide to the Zombie Apocalypse, and The Love Witch.

Evans was born on the 9th of December 1989, in a small town of Paris, Texas, United States of America. She’s currently 31 years old.

Elle Evans is the only daughter of Billy Wade Evans and his wife Julie Cecille Varnado. She grew up in Blanchard, Louisiana, where she spent the majority of her life before moving to Los Angeles, California to pursue modeling.

She’s a college graduate, having attended Northwood High School and Northwestern State University. She holds a degree in in broadcast journalism.

Elle Evans married her boyfriend of four years Matt Bellamy, an English singer and musician, on August 10, 2019. The duo has been in a relationship since early 2015 with her first public appearance came in April 2015 when they made it to the Coachella Music Festival together. She gave birth to their daughter, Lovella Dawn Bellamy, on June 7, 2020. In addition, she’s also a stepmom to Matt’s son Bing Bellamy from his previous relationship with American actress Kate Hudson.

Besides her relationship with Matt, she also has a history with Canadian electro music producer and performer Deadmau5.

Elle made her acting debut in the 2015 comedy horror film, Scouts Guide to the Zombie Apocalypse, in which played a small role.

In 2014, Elle appeared in an episode of CBS sitcom Two and a Half Men, starring as Cheyenne.

Elle Evans is most famous for her bare-breasted appearance in Robin Thicke’s music video for “Blurred Lines”, in which she appeared alongside Emily Ratajkowski and Jessi M’Bengue.

She has accomplished extraordinary things early in life. One such accomplishment is that she modeled for Playboy, eventually becoming their Playmate of the Month for October 2002.

Thanks to her fruitful and thriving career which led her reach incredible heights early in life. She’s credited with appearing in Playboy, one of the most prominent magazines in the world, which would be every model’s dream.

Her appearances in music videos, commercials, films, and television have contributed a lot to her wealth. The Texas-born model has a net worth of $2 million.

Elle was crowned the Miss Louisiana Teen USA in 2008 and was declared third runner-up at the Miss Teen USA 2008 competition.

In 2009, she was arrested for having possession of marijuana as well as for not paying her hotel bills. As a result, she was stripped of her titles.

In 2014, she was featured in Maxim’s September issue, painted gold from head to toe, celebrating the 50th anniversary of the film Goldfinger.