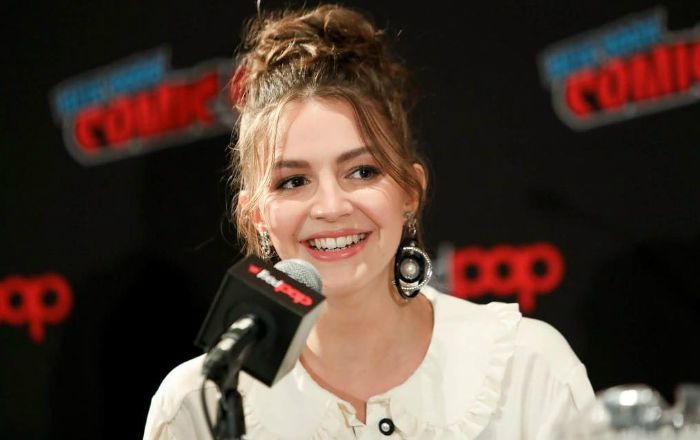 Who is Ella Hunt?

Ella Hunt is an English actress and singer best known for her appearance in the Oscar-winning musical film, ‘Les Misérables’ in 2012. She is also known for her starring roles in films like Intruders (2011), Robot Overlords (2014), and Anna and the Apocalypse (2017).  She plays Ellie Marsden in the ITV comedy series Cold Feet since 2016. In addition to acting, she is also a talented singer and has contributed to soundtracks for Les Misérables and Anna and the Apocalypse.

Ella Hunt was born on the 29th of April 1998 in Devon, England, United Kingdom. She is currently 21 years old.

Ella Hunt is the daughter of sculptor and former actress Louise Hunt and David Grob, an art dealer. She has two brothers named William and Arthur.

Hunt is usually not open about her private life and she prefers to stay from the media spotlight.

Ella’s first acting role was as as Ella Foster in the Spanish supernatural horror film ‘Intruders’ in 2011. The film was directed by  Juan Carlos Fresnadillo and it had an ensemble cast Clive Owen, Carice van Houten, Daniel Brühl, Pilar López de Ayala, and Ella Purnell.

In 2016, Ella bagged the role of Ellie Marsden in the British comedy drama TV series ‘Cold Feet’. She has been a part of the series since 2016 and has starred in 13 episodes.

Although Ella is due to release her own studio album, she has showcased her singing talents by contributing to the soundtracks of Les Misérables and Anna and the Apocalypse.

Her performances in films such as Les Misérables (2012), Robot Overlords (2014), and Anna and the Apocalypse (2017) were highly appreciated by critics.

She was raised in a farm in Exmoor, England.

Ella gave her first live performance at the Boston Children’s Opera when she was 6 years old.

She was discovered at the age of 11 by a local scout while she was performing in a play called The Mikado.

She has two dogs named Olive and Blue.

Actresses Reese Witherspoon and Margot Robbie are her biggest inspirations.