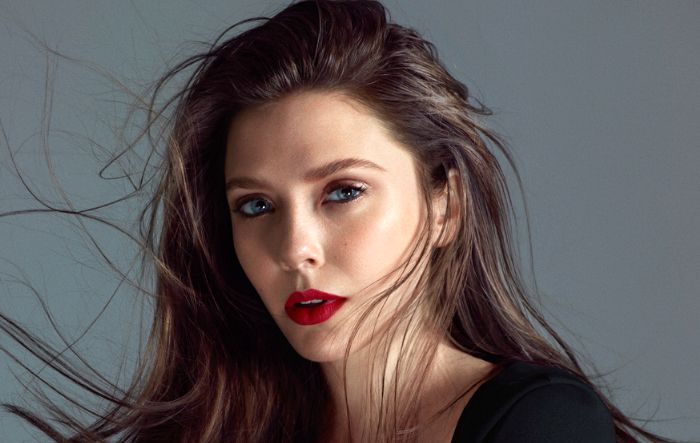 Elizabeth Olsen is a young talented and beautiful American actress, who came to prominence after playing the lead role of Martha in the thriller drama Martha Marcy May Marlene. The film earned her international fame and acclaim, following that, the film offers started to pour on her. She entered into showbiz at a young age by appearing in her sister’s films and growing up, she began to appear in independent films. She is famous for her roles in films like Silent House, Liberal Arts, Godzilla, Avengers: Age of Ultron and Captain America: Civil War.

Elizabeth Olsen was born on 16 February 1989, in Sherman Oaks, California, United States of America. She is currently 32 years old.

Elizabeth Olsen is the daughter of Jarnette (née Jones), a personal manager, and David “Dave” Olsen, a real estate developer and mortgage banker. She has three siblings – older twin sisters, Mary-Kate and Ashley Olsen, both are actress and fashion designer, an older brother, Trent Olsen. She has two younger half-siblings, Courtney Taylor Olsen and Jake Olsen.

Olsen has Norwegian ancestry on her father’s side and English ancestry on her mom’s side. Elizabeth went to Campbell Hall School in North Hollywood, California. She then attended New York University’s Tisch School of the Arts and then the Atlantic Theater Company in Manhattan, NYC. She graduated in March 2013.

She spent one semester in the Art Theatre School, Moscow, Russia through the MATS program at the Eugene O’Neill Theater Center.

Elizabeth Olsen has been dating musician Robbie Arnett of Milo Greene since 2017. The couple got engaged in 2019.

She had had a fling with an American actor Alexander Skarsgård in February 2012. She, then, dated the American model and actor Boyd Holbrook from 2012 to 2015. The couple even got engaged in March 2014 but called off their wedding during the course of the year. She was also rumored to have dated Avengers: Age of Ultron actor Chris Evans.

In May 2015, Olsen was rumored to have had a fling with her co-star Tom Hiddleston after they worked together in the film, I Saw the Light.

Elizabeth Olsen made her acting debut with a 1994 TV film, How the West Was Fun, starring alongside her sisters, Mary-Kate and Ashley Olsen.

Her feature film debut was the critically acclaimed  2011 film, Martha Marcy May Marlene. Her role as Martha in the film earned her several accolades and nominations. She won Alliance of Women Film Journalists for Best Breakthrough Performance, Chicago Film Critics Association for Most Promising Performer, Los Angeles Film Critics Association for New Generation Award including many Best Actress Awards.

She made her television debut in the ABC sitcom, Full House, in 1995, in which she played the role of Girl with flowers.

Being an actress since her very young age, Olsen has an estimated net worth of US$11 million. She is described as one of the finest actresses of Hollywood, who has been associated herself in high-profile films, thus making herself a high-profile actress. She is one of the richest actresses in the business.

Her sisters run a clothing line which is named after her and her brother.

The actress gained singing and ballet lessons at her very young age.

She won the Fangoria Chainsaw Best Leading Actress Award for ‘Silent House’ in 2013.

In 2015, she won the Deauville American Film Festival’s Hollywood Rising Star Award for the movie ‘I Saw the Light’.

Olsen is a huge fan of Volleyball.

Elizabeth Olsen is the tallest among the three sisters.