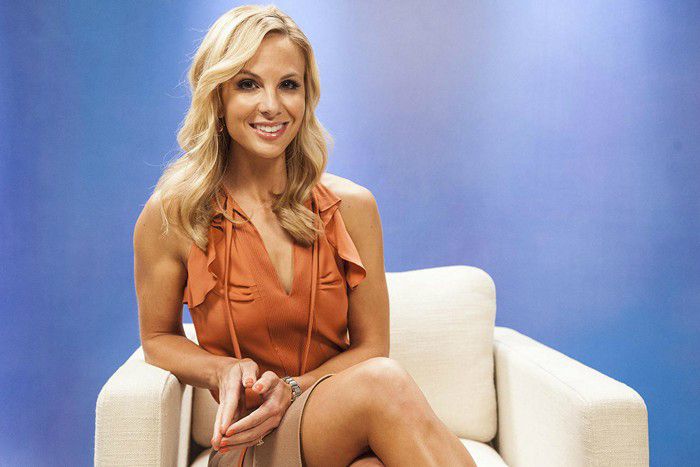 Who is Elisabeth Hasselbeck?

Elisabeth Hasselbeck is an American TV personality who rose to fame following her appearance on the second season of the American version of Survivor as a contestant. She won the Daytime Emmy Award for Outstanding Talk Show Host for co-hosting the talk show, The View, for nearly a decade.

Elisabeth Hasselbeck was born on the 28th of May 1977, in Cranston, Rhode Island, United States of America. She is currently 42 years old.

Elisabeth attended St. Mary School in Cranston and graduated from St. Mary Academy – Bay View in East Providence in 1995. Hasselbeck later enrolled at the Boston College, where she captained the women’s softball team for two seasons and won consecutive Big East championships. She graduated with a BFA in 1999.

Elisabeth Hasselbeck is dating former American football player Tim Hasselbeck since they were in college together. The couple got married on July 6, 2002, and have three children together, a daughter, Grace Elisabeth (born in 2005), and two sons, Taylor Thomas (born in 2007), and Isaiah Timothy (born in 2009).

Elisabeth landed her first role in the second season of the American CBS competitive reality television series, “Survivor: The Australian Outback” in 2001. She soon caught the eyeballs of the audience and instantly became popular amongst the American households.

That same year, she was a judge at the Miss Teen USA 2001 pageant.

In 2009, Elisabeth Hasselbeck won the award for Outstanding Talk Show Host along with the three other hosts of ‘The View’ at the 36th Annual Daytime Emmy Awards.

The outspoken conservative talk-show host Elisabeth Hasselbeck has an estimated net worth of $18 million dollars with average annual earnings of $3 million dollars. She is one of the highly reputable hosts in the American television industry, who has been the face of several popular talk shows. Hasselbeck is one of the highest paid television stars in history, who has inspired several thousands of young aspiring future television personalities.

Elisabeth has recently bought a luxury mansion in the Belle Meade community outside Nashville, which sits on a spacious one acre land. This beautiful house has six bedrooms and six full and three half bathrooms in just over 7,100 square feet. The double-height foyer is flanked by a library/office and a formal dining room, while the main living room has a fireplace, and opens to both an eat-in kitchen and an ample, screened porch with a brick fireplace. A media room on the upper floor is soundproofed with cork-lined walls.

The mother of three children and the author of New York Times best selling book, The G-Free Diet, Elisabeth Hasselbeck is overwhelmed by the love of thousands of fans. Follow her on:

Before trying out luck in the television space, Elisabeth Hasselbeck had worked with Puma as a designer.

Elisabeth’s breakthrough in her life happened when she appeared in a reality show, Survivor: The Australian Outback as one of the contestants.

Thereafter, everything happened in her life from hosting the talk show, The View to the Fox’s morning talk show, Fox & Friends, had came from her string onscreen persona and hard-work.

She hosted The View show for 10 years that earned her international fame and recognition, and of course, fueled up her net worth too.

Elisabeth suffers form celiac disease that inspired her to write a a couple of dietary books to create awareness about the disease.

Hasselbeck also runs an online business, Nogii which she founded with her husband that sells gluten free protein snacks.