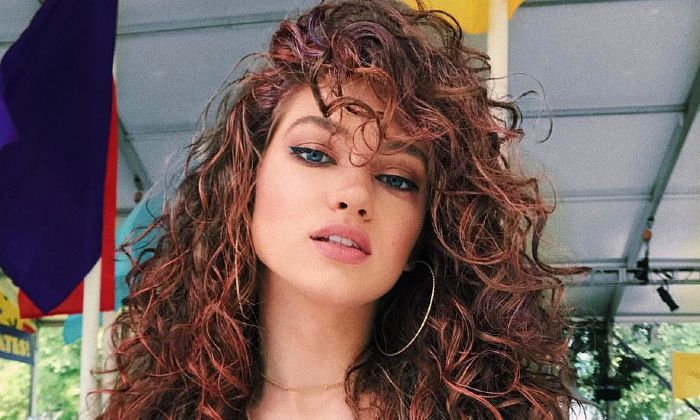 Courtney Nicole Kelly better known to the world as Dytto is an American dancer, model, and social media personality, probably best known for hosting the World of Dance TV show, “The Drop.” She first caught the spotlight when she uploaded the video titled “Dytto | Barbie” to her YouTube channel back in 2014, and to her surprise, the video became an instant hit, garnering more than 32 million views ever since. The 22 years old damsel has already carved a niche for herself in the dance world with her exceptional dancing styles such as animation, popping, tutting, hip-hop, robotting, and finger tutting. Not only she is very popular in her preferred choice of the industry but Dytto also has garnered immense popularity on social media, with a collective fanbase of 8 million people on Instagram and YouTube.

Dytto was born on the 27th of April 1998, in Miami, Florida, United States of America. She is currently 22 years old.

Despite being a global figure, Dytto hasn’t talked much about her family, education or her childhood. she She grew up with her older brother, Brandon, who is a pilot, in Atlanta, Georgia.

Like I said, information regarding her personal matters are almost unknown. It is reported that she completed her schooling in the year 2016, and it is not clear which school she attended but she used to be a cheerleader and a straight-A student as well as actively involved in gymnastics.

Dytto is currently dating dancer and rapper Roshon Fegan. They two began dating in 2017 and they have made several pubic appearances since then.

Dytto’s journey to success came at a very young age, even before turning 20. She has been immersed in the world of dance since she was a toddler. Unlike many kids her age, she began training gymnasts at just 2 and a half years old. And, in fact, her ability to adapt to the flexible moves, encouraged her to foray into dancing.

As an accomplished dancer, she is trained in contemporary, tap, ballet, jazz, and hip-hop. This inspired her, in part, to explore the different dance styles such as popping, animation, robotting, tutting, and finger tutting.

More than just a dancer, Dytto is also a social media personality. She jumped on the YouTube bandwagon in late 2014 and uploaded a video titled “Dytto | Barbie,” where she”s seen dancing to the trap remix of the song entitled Barbie Girl. The video became an instant hit and garnered tens of millions of views, eventually making Dytto a star overnight. With time, her channel’s subscribers count has grown to a strong 3.5 million.

With her unique dance styles, Dytto has shown to the world that she’s got the talent and the perseverance to stand out from the crowd. In addition to her lucrative career as a dancer, Dytto also made a few screen appearances, including AXI: Avengers of Extreme Illusions (2011), Monsterz (2015), and Life of the Party (2018).

Obviously, Dytto is no stranger to social media. She uses it to share her passion for dance with her many fans and followers. She’s managed to amass 4.3 million followers on Instagram, which is also her most followed social media platform. Her self-titled YouTube channel has over 3.5 million subscribers, and they are loving her dance videos and other content.

As of 2020, Dytto is estimated to have a net worth of $1 million. Her net worth is a result of her illustrious career as a dancer and social media influencer.

Born in Florida and raised in Atlanta, she has come a long way from a cheerleader to a professional dancer.

She would’ve been a Chemist, if she was not a dancer.

Dytto has made multiple appearances on The Ellen Show.

Her fans call her The Barbie Girl.

She has done commercials for Google Android Wear, Fanta, Target, and M&M.

She is a huge fan of Star Wars.

Dytto has performed several times in World of Dance show.

In 2018, Dytto starred in the comedy movie, Life of the Party, alongside actors Julie Bowen, Christina Aguilera, and Melissa McCarthy.

She’s featured in magazines such as Complex and Debut UK.

In 2019, Dytto was nominated for Shorty Award for Best in Dance.