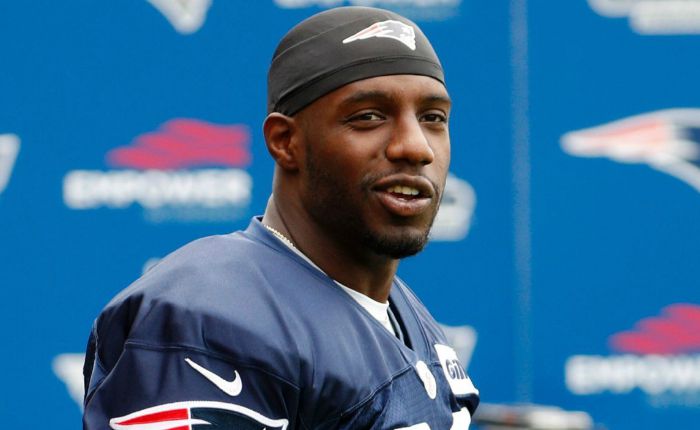 Who is Duron Harmon?

Duron Harmon was born on January 24, 1991, in Magnolia, Delaware, United States. He is currently 28 years old.

Harmon was born to parents Derik and Harmon. His father was a blue-collar worker while his mother is a school teacher. He has two siblings, both sisters. He grew up in a town in Kent County called Magnolia.

Talking about his education, he studied at Caesar Rodney High School where he played football for the high school football team called Caesar Rodney Riders. He received a full scholarship to the Rutgers University and played for the college football team, Rutgers Scarlet Knights from 2009 until his graduation in 2012. He majored in labor studies.

Duron Harmon is married to his long-time girlfriend Christine Melissa (née Sanchez). The gorgeous couple married on May 27, 2016. They started dating when they were still in high school. The Delaware native received education from Dover High School and majored in Hospitality Management/ Event Management and minored in Business Administration. She owns ChrisFête Events, a boutique-style event planning, design company.

They have three beautiful children together. She gave birth to her first child, a son named Christopher on June 22, 2011. They welcomed their second child, who is also a son, Dallas Daniel Harmon on November 5, 2015. Their third child, a son was born in November 2018.

Duron Harmon made his NFL debut in the 2013 season when he was selected by the New England Patriots in the third round of the 2013 NFL Draft with the 91st overall pick. He signed a 4-year contract with the Patriots for $2.711 million that included a $533,600 signing bonus in May 2013. He made his professional regular season debut in the New England Patriots’ Week 2 matchup against the New York Jets and made one tackle in their 13-10 victory.

Being a professional footballer.

Duron Harmon’s net worth is estimated at $10 million. He signed a four-year contract worth of maximum $20 million with the New England Patriots in 2017. According to the contract, Harmon will get a compensation of $5 million as a signing bonus along with a guaranteed sum of $6.5 million. In addition, his cap hit for 2019 is $4.5 million, with a basic salary of $2.5 million for the year including a roster bonus of $750,000.

In his rookie season, he finished with 31 combined tackles (24 solo), four pass deflections, and two in 15 games and three starts.

During the 2014 season, he helped patriots to win Super Bowl XLIX over the Seattle Seahawks.

He was made the Patriots captain for the first time in his career on September 5, 2017.

Harmon finished the 2018 season with 38 tackles, 4 interceptions, and 4 passes defended. He helped the Patriots reach Super Bowl LIII as well.

On March 24, 2018, he was denied entry into the Costa Rica because he carried about 58 grams of marijuana with him. He was detained at the airport and sent back to the United States.