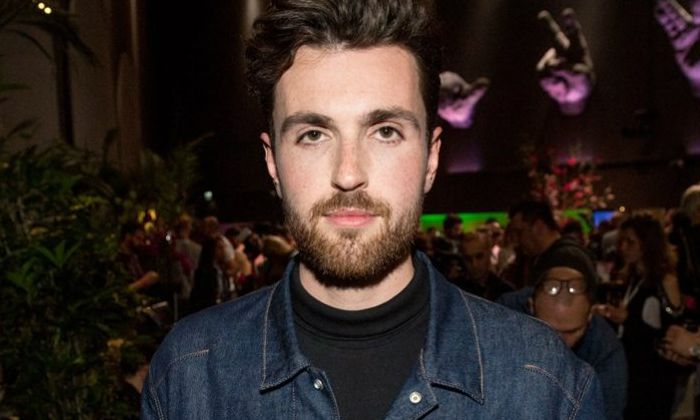 Who is Duncan Laurence?

Duncan Laurence is a Dutch singer and songwriter who caught the spotlight after he won the Eurovision Song Contest 2019 for the Netherlands with his soulful rendition of the song Arcade. He started his career as a singer in 2014. That same year, he participated in the fifth season of The Voice of Holland, finishing one of the semi-finalists.

Duncan Laurence was born on the 11th of April 1994, in Spijkenisse, South Holland, Netherlands. He is currently 25 years old.

Talking about his family background and his early life, not much is known about Duncan’s parents, siblings, and education. He developed an interest in music at a very young age. His parents enrolled him at the Tilburg’s Rock academy, one of the biggest music schools in The Netherlands. He graduated in 2017.

Laurence is currently in a relationship with a man whose identity has not been revealed by him. He came out as “bisexual” in 2017, stating , “I am more than just an artist, I am a person, I am a living being, I’m bisexual, I’m a musician, I stand for things. And I’m proud that I get the chance to show what I am, who I am.”

Duncan Laurence released his debut single “Arcade” in March 2019, which topped the Dutch’s Single Top 100 chart as well as peaked within top 30 in several countries. The single was eventually certified Platinum by NVPI.

Having won the 64th edition of the Eurovision Song Contest 2019 for the Netherlands with his song “Arcade”.

He was raised in Spijkenisse, Netherlands.

He and his friends formed the band called ‘The Slick & Suited’ during his time in school.

Laurence learned how to play the piano at a young age.

In 2014, he participated in the fifth series of The Voice of Holland, making it all the way to the semifinals.

He has also written for South Korean duo TVXQ, co-composing the song “Closer” for their 2018 album New Chapter #1: The Chance of Love. The album peaked at #1 on the South Korean charts.

Duncan is the first male musician to win the contest for the Netherlands.

The talented singer-songwriter represented the Netherlands at the 64th edition of the Eurovision Song Contest and eventually winning the competition after 44 years. The last time the Netherlands won was in the year 1975.