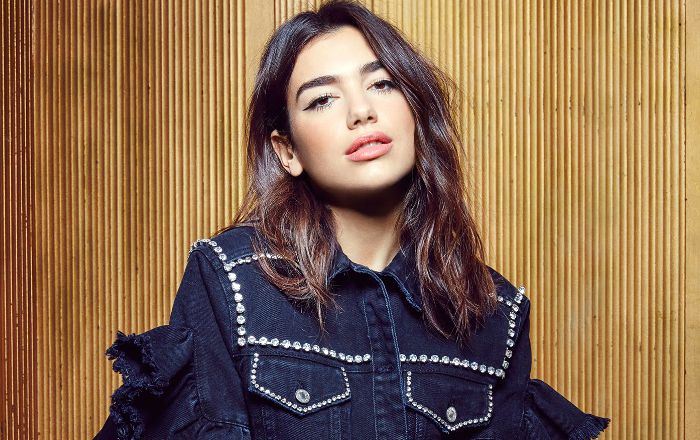 Who is Dua Lipa?

Dua Lipa is an English singer and model who first gained popularity for posting covers of popular artists on YouTube at her teens. She released her self-titled debut studio album on 2 June 2017 that spawned hit singles “New Love,” “Be the One,” “New Rules” and “IDGAF.

Dua Lipa is the daughter of Dukagjin Lipa, who is a marketing manager and also a lead vocalist in a Kosovan rock band, Oda and Anesa Lipa (née Rexha), who works in tourism. She has two younger siblings. She is the granddaughter of Seit Lipa who was the head of the Kosovo Institute of History from 1990 to 1995.

Dua Lipa is romantically linked to Paul Klein, lead singer of the LANY band, from 2017.

She was previously in relationships with British chef and model Isaac Carew and Coldplay singer Chris Martin.

After signing a lucrative deal with Warner Music Group, Dua Lipa released her self-titled debuts studio album titled “Dua Lipa” on 2 June 2017. The album consists of seven tracks, including two UK top-10 singles “Be the One” and “IDGAF” and the UK number-one single “New Rules”, which also reached number six in the United States.

In 2016, Lipa was featured in a documentary comedy show Le grand journal de Canal+ as herself.

Lipa has an estimated net worth of $3.5 million dollars.

Her first name means “love” in Albanian; its atypical nature was cause for distaste in her youth, but she grew to “enjoy” it, as it eventually eliminated the need for a stage name.

Her family moved to the Republic of Kosovo when she was 13 but returned to London at 16 to pursue music.

She began modeling at an early age appearing in TV commercials for The X Factor. She even worked as a waitress in London.

In 2016, Lipa created the Sunny Hill Foundation with her father to donate to the citizens of Kosovo, where her parents are originally from.

She has many tattoos on her various body parts including forearms and shoulders.

In January 2018, Lipa received nominations in five categories at the Brit Awards – more nominations than any other artist that year.

Dua released a single “One Kiss” from her untitled second album in April 2018 which topped the UK singles chart.

In May 2018, Dua Lipa was caught up in a controversy when she announced on Twitter that she would release a capsule collection this fall that is universal and accessible for everyone. But, the catch up is that the maximum available size will be UK 16 which angers her fans. A fan twitted,  “She says accessible for everyone? Not having plus sizes is not having it accessible to everyone.”

Dua performed in the opening ceremony of the 2018 UEFA Champions League Final in Kiev on 26 May.