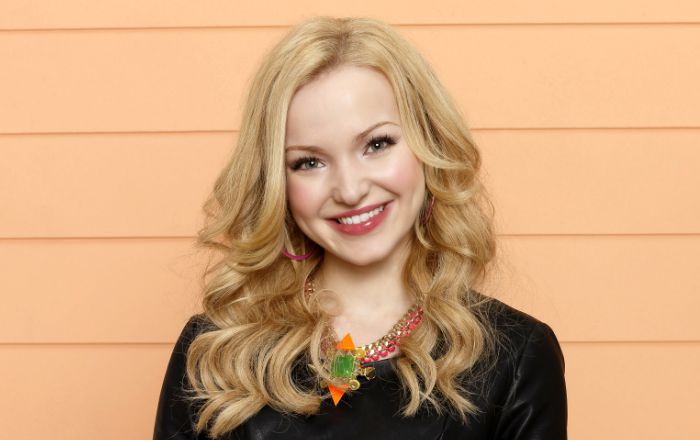 Dove Cameron is a young American actress and singer who came into prominence after she was cast in the lead role in the Disney Channel teen sitcom Liv and Maddie. She played Mal in Descendants film series and had a recurring role as Ruby in the ABC television series Agents of S.H.I.E.L.D.

Dove Cameron was born on 15 January 1996, in Seattle, Washington, USA.

She has Slovak, French, Russian and Hungarian ancestry.

Cameron went to the Burbank High School in Burbank, California.

Dove Cameron has been in a relationship with her Descendants 2 co-star Thomas Doherty from 2016.

She was previously engaged to actor and singer Ryan McCartan in April 2016 but called it off in October 2016.

In 2012, Cameron was cast as Holly Herkimer in the American comedy-drama, Shameless in two episodes titled “A Beautiful Mess” and “Father’s Day”.

She has provided voice for the character Ghost-Spider in the 2018 film  Marvel Rising: Secret Warriors as well as in The Angry Birds Movie 2, which is set to release in 2019.

Cameron released a cover of ‘On Top Of The World’ a song by the band ‘Imagine Dragons’, as a promotional single in August 2013. In addition to covers, she has contributed to soundtrack albums in the projects she worked on like Liv and Maddie and Descendants franchise.

She gained popularity for playing dual roles as Liv Rooney and Maddie Rooney in the Disney Channel’s sitcom Liv and Maddie from 2013 to 2017.

Her net worth is estimated to be $3 million. She has made a great fortune in a young age and most of her net worth comes from TV and movie appearances as salaries as well as from singing career.

She began acting at the age of 8 in community theater at Bainbridge Performing Arts. She lost her father when she was 15.

Dove Cameron stopped growing at the age of 13

She moved to Los Angeles when she was 14 years old.

She can speak French in addition to English, which is her first language.

Cameron is obsessed with manicure and likes snowboarding.

She drinks only from mugs.

In 2012, Cameron was cast in a new Disney Channel Original Series Bits and Pieces as Alanna. After filming the pilot, the series was remade into Liv and Maddie and saw Cameron starring in the dual lead role of Liv and Maddie Rooney.

She has been working on her debut album for years now, with her debut single, “Talks About”, is due for release in 2018.

Her fans are often regarded as Dovelies and this hashtag is quite popular on Twitter and on Instagram.