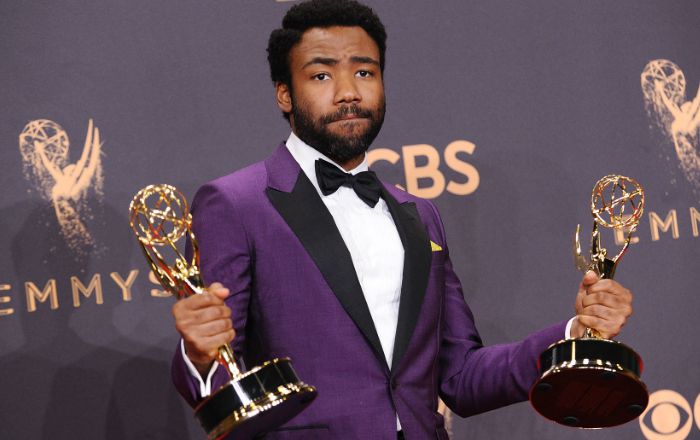 Who is Donald Glover?

Donald Glover is an American actor and musician who is known for his extraordinary and multifaceted career. He came into the limelight with his portrayal of community college student Troy Barnes on the NBC sitcom Community. He created a comedy-drama TV series called Atlanta for FX, which earned him several awards including two Primetime Emmy Awards and two Golden Globe Awards, among others. Glover was cast in films such as The Lazarus Effect, The Martian, and Spider-Man: Homecoming. The multi-talented artist raps under the stage name Childish Gambino and performs as a DJ under the name mcDJ. He released his studio debut album “Camp” in 2011 which debuted at #11 on Us Billboard 200. He released his new album entitled “3.15.20” on March 22, 2020.

Donald Glover was born on the 25th of September 1983, in Edwards Air Force Base, California, United States of America. He’s currently 37 years old.

Donald Glover is the son of Donald Glover Sr., a retired postal worker and Beverly (née Smith), a retired daycare provider. He has a younger brother, Stephen Glover, a writer and producer and a sister, Brianne Glover.

He graduated from Tisch School of the Arts, New York University with a degree in Dramatic Writing degree in 2006.

Donald Glover has been in a relationship with Michelle White which has been kept under wraps until early 2016 when he announced that he had a son, Legend with her. His second son was born in January 2018.

Donald was cast in the 2009 film Mystery Team as Jason Rogers. He wrote the script for the film and served as the executive producer as well.

Donald guest appeared on the talk show Late Night with Conan O’Brien in 2005.

He has released three studio albums till date –

As of 2020, Glover has accrued a net worth of $35 million US dollars, earned through his successful career as a singer and actor.

Though he’s not active on social media, Donald Glover has managed to gain a huge presence on various social media platforms. Despite of not featuring even a single post on his Instagram, he has garnered nearly 4 million followers on the photo-sharing app. He has over 5.5 million subscribers on his self-titled YouTube channel. In addition, he has accumulated a combined following of over 4.5 million followers on Facebook and Twitter, respectively.

He was brought up in Stone Mountain, Georgia and was raised as a Jehovah’s Witness.

Glover was nominated for five Grammy Awards, including Album of the Year for “Awaken, My Love!” and Record of the Year for “Redbone”, eventually winning the award for Best Traditional R&B Performance.

He won the Rising Comedy Star award at the Just for Laughs festival in 2010.

In 2017, Glover was named one of Time’s 100 Most Influential People

In 2017, Glover voiced for the character of Simba in the remake of the Disney movie The Lion King.

He was the second African-American performer to win an Emmy for Outstanding Lead Actor in a Comedy Series.

On May 5, 2018, he dropped a music video “This Is America” that references a lot of recent flashpoints involving police brutality, white supremacy, and racialized violence.