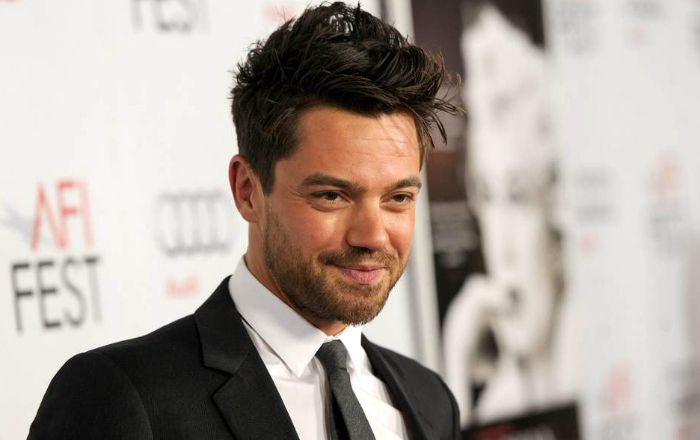 Who is Dominic Cooper?

Dominic Cooper is an English actor best known for his work in both television and films. He played Dakin in the comedy-drama film, The History Boys, earning him several nominations, including the British Independent Film Award for Most Promising Newcomer. He starred as young Howard Stark in the MCU, including Captain America: The First Avenger and Agent Carter. His television credits include Sense and Sensibility, Fleming: The Man Who Would Be Bond and The Grand Tour. He plays Jesse Custer on the AMC show Preacher.

Dominic Cooper is the son of Julie (née Heron), a nursery school teacher, and Brian Cooper, an auctioneer. He has two brothers, Simon and Nathan, a musician in the band The Modern, a half-brother, James, and a half-sister, Emma. His maternal great-grandfather was film-enthusiast E. T. Heron, who published The Kinematograph Weekly.

He graduated from London Academy of Music and Dramatic Art (LAMDA) in 2000.

Dominic Cooper is currently in a relationship with English actress Gemma Chan. They made their relationship public in December 2018 when they appeared together at the British Fashion Awards.

Cooper had dated Ethiopian-Irish actress Ruth Negga from 2011 until 2018. They have acted together in many films, television series and stage productions. It was reported in April 2018 that the couple had ended their relationship after being together for 8 years.

Dominic Cooper landed his first acting role as a constable in the 2001 American mystery horror film, From Hell.

Dominic made his first appearance on television starring as Sidney Davidson in the Hallmark Channel’s The Infinite Worlds of H. G. Wells in an episode titled “Davidson’s Eyes”.

Having played Dakin in the 2006 dramedy film The History Boys, as Latif Yahia / Uday Hussein in the 2011 film The Devil’s Double and as Howard Stark in the 2011 superhero film Captain America: The First Avenger and Agent Carter television series.

His net worth is estimated to be $4 million dollars.

Cooper made his stage debut in Mother Clap’s Molly House at the National Theatre in 2001.

He was nominated for the Drama Desk Award for Best Featured Actor in a Play in 2006 for the role of Dakin in the Broadway production of Alan Bennett’s “The History Boys.”

He was originally auditioned for the lead role of Anton in The Imaginarium of Doctor Parnassus, but it went to Andrew Garfield.

Besides acting, he does ping pong during his free time.

He replaced English actor Orlando Bloom in the 2009 film An Education.