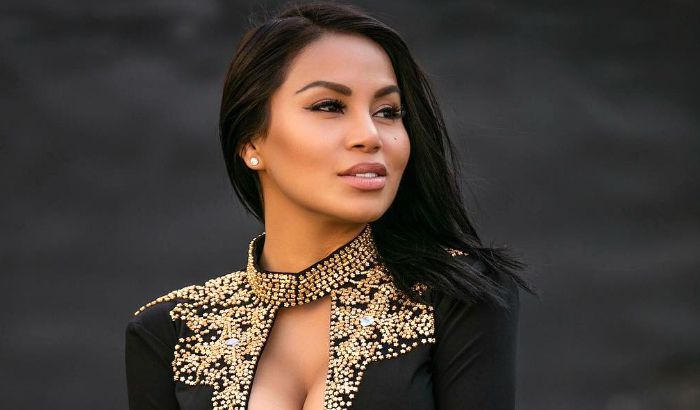 Who is Dolly Castro?

Dolly Castro is the most popular fitness model from Nicaragua. She is very much popular on the photo-sharing app, Instagram, where she has more than 6.5 million followers, thanks to her curvaceous and attractive toned body. She has a daughter named Karen, who is also an Instagram star. Dolly has been an inspiration to lots of youngsters those who wanted to pursue a career in modeling.

Dolly Castro was born on the 14th of July 1984, in Managua, Nicaragua, Central America. She is currently 35 years old.

Speaking about her personal life, there is very little or no information about her family and childhood.

She went to Law School at the Christian University in Nicaragua until 8 terms but dropped out after that to pursue a career in modeling.

Dolly Castro is married to Samier with whom she shares a daughter named Karen. There are not many known details about her personal life.

Throughout her career as a model, this dusky beauty has endorsed several brands and products and also push them through Instagram posts.

The gorgeous beauty, Dolly Castro, has an estimated net worth of $600 thousand US dollars as of 2017. Most of her earnings result from modeling, brand endorsements and through monetized videos and posts on Social media. She makes almost 80% of her earnings from social media.

Dolly Castro has her own line of her lifestyle brand, Bars and Branches, which sells fitness clothing, equipment, and swimwear.

She lives in a luxury mansion along with her family in Miami, Florida. This Cuban hottie owns her dream car, BMW 750.

Dolly Castro has an immense fan following on Instagram with more than 5.9 million followers and also has a strong presence on other social media platforms as well.

Born and raised in Managua, she wanted to become a chef while growing up, but her parents wanted her to be a lawyer as it is a much-respected profession.

Dolly gave up her dream and enrolled at the Christian University to study law to fulfill her parent’s wish. But destiny had other plans.

With support from her family and friends, she moved to Miami to chase her dreams, and not long before she landed with modeling gigs, she quickly became popular in the modeling industry.

Dolly Castro has featured on several fashion magazines such as shock magazine, good life magazine, mixed magazine, black men magazine, and many others.

Eventually, Dolly expanded her fame beyond modeling and plunged into social media platforms, gaining a large number of fans as well.

She makes use of her popularity to promoter her own brands and other brands as well.

Dolly encourages her fans to focus on health and fitness.