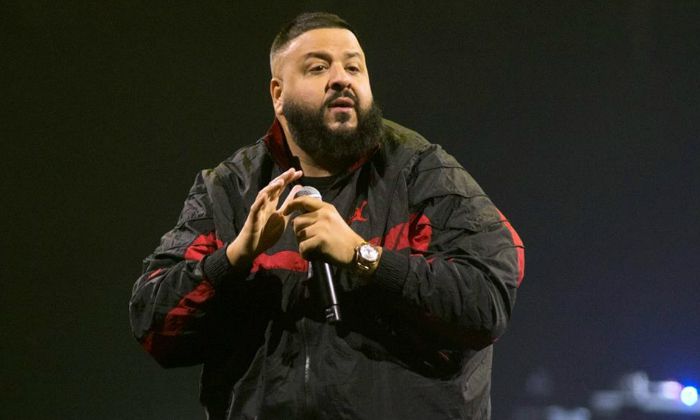 DJ Khaled is an American DJ, media personality, record executive, author and record producer with Palestinian heritage. He has come a long way ever since the days as a radio host to one of the most prominent artists in the music industry. He owns a record label called We the Best Music Group besides successfully owning various other businesses. As of 2019, DJ Khaled has accumulated an impressive net worth of $50 million.

Born Khaled Mohamed Khaled on November 26, 1975, in New Orleans, Louisiana, to Palestinian immigrants, DJ Khaled explored his love for hip hop when he was in preteens. Music flows in his blood as his parents were also musicians and they helped him in all possible ways to launch his music career.

The Miami based music artist started his career as a radio host with the urban music radio station WEDR, where he hosted “99 Jamz” with 2 Live Crew’s Luther Campbell. He later joined the hip hop group Terror Squad as DJ for their live performances.

Over the successful years of his music career, DJ Khaled has received several esteemed awards, including five ASCAP Awards, one BET Awards, and three Ozone Awards.

DJ Khaled founded his own record label called We the Best Music Group in 2008 and a year later, he became president of Def Jam South record label. As of 2019, he has worked with several other artists such as Lil Wayne, Rick Ross, Nas, Snoop Dogg, Jay-Z, Akon, Drake, Nicki Minaj, and many others.

Khaled has many number one songs and albums to his name. Out of music, he makes a great deal of money from lucrative endorsement deals, acting and other public appearances. He is also a very popular social media personality with over 16 million followers on Instagram.

He owns several real estate properties, including a luxurious house in Mulholland Estates, a gated community in Los Angeles and a 6,321-square-foot waterfront home in Miami, which he purchased for $25.9 million in 2018.

As of 2019, DJ Khaled has a whopping fortune of $50 million. Despite the fact that he is one of the highest-paid artists in the hip-hop scene, Khaled’s substantial share of wealth comes from various business endeavors that have nothing to do with music.