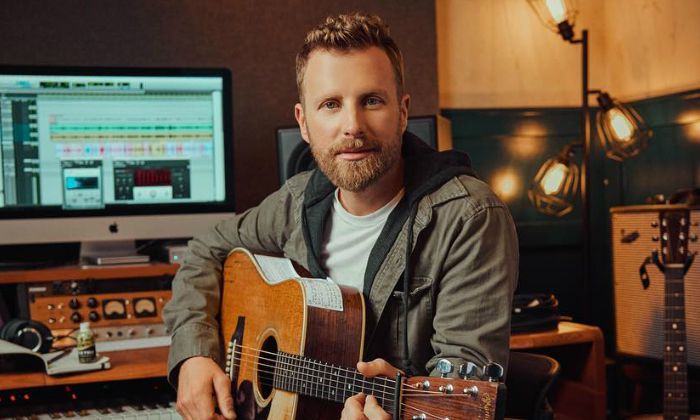 Who is Dierks Bentley?

Dierks Bentley is a self-made country singer and musician from Phoenix, Arizona. Not long before he got interested to music, he moved to Nashville when he was 19, and grabbed a job at the TNN television network doing research on classic country music. As days passes by, his interest in music grew and stated working on his demos. He released his self-titled debut, Dierks Bentley, in 2003 and has since released nine albums in total. He is known for his number one singles including “What Was I Thinkin”, “Feel the Fire”, “Different for Girls” and “Woman, Amen”.

Dierks Bentley was born on the 20th of November 1975, in Phoenix, Arizona, United States of America. He’s currently 43 years old.

Dierks’s parents are Leon Fife Bentley and Catherine Childs. His father was a bank vice-president who died on June 1, 2012. He has two siblings, a brother named Fife Bentley and a sister whose name is not known.

Dierks Bentley attended Culver Academies in Indiana and then attended The Lawrenceville School, a renowned private high school, in New Jersey from where he graduated in 1993. After that, he was admitted to the University of Vermont where he spent a year before transferring to Vanderbilt University in Nashville, Tennessee. He graduated in 1997.

Dierks released his self-titled studio album, “Dierks Bentley”, on August 19, 2003, through Capitol Records Nashville. The album has 13 original songs. The album was certified Platinum by the RIAA. The album’s lead single “What Was I Thinkin’,” peaked at No. 1 on the US Billboard Hot Country Songs charts with other two songs of the album, “My Last Name” and “How Am I Doin’,” managed to peak at number 17 and number 4, respectively.

His first name ‘Dierks’ is pronounced as ‘Durks’.

He began his professional music career at a very young age and moved to Nashville at the age of 19 as he found better opportunities there.

On October 1, 2005, he became the third youngest member after Carrie Underwood and Josh Turner to be inducted into the Grand Ole Opry.

He taught himself how to play guitar at the age of 13 years old.

He won the Academy of Country Music Award for Top New Artist of the Year 2003.

Bentley is a licensed private pilot and owns a Cirrus SR22T.