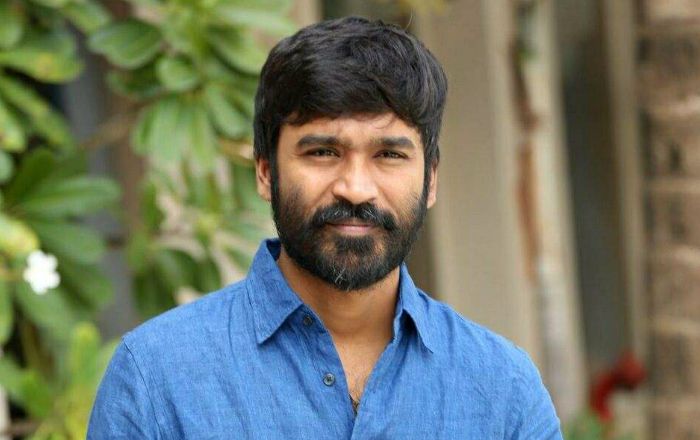 A multifaceted Indian artist, Dhanush, who is best known for his work in Tamil film industry. He is not only an actor, but also a producer, director, writer, lyricist, screenwriter, and playback singer who has bagged three National Film Awards and seven Filmfare Awards. He was shot to international fame with the popular song “Why this Kolaveri Di” and has since he has starred in many box office hits. He is one of the few South Indian actors to have worked in different Indian language films including his straight English flick The Extraordinary Journey of the Fakir.

Dhanush married Aishwarya, eldest daughter of Rajinikanth, on 18 November 2004. His wife is two years older than him. They have two sons named Yatra, born in 2006 and Linga, born in 2010.

Dhanush made his onscreen acting debut in his father Kasthuri Raja’s teen coming of age film, Thulluvadho Ilamai in 2002.

In 2017, he turned director with the film Pa Paandi which had Raajkiran in the lead role. He also played the role of young Paandi in the film.

As a producer, he has bankrolled a handful of movies under his production banner, Wunderbar Films.

As a playback singer, Dhanush first lent his voice for the song “Naatu Sarakku” in the film  Pudhukottaiyilirundhu Saravanan under Yuvan Shankar Raja music. He has since sung numerous songs mostly in his own movies.

He hasn’t appeared in any TV series other than promotional talk shows.

His popular number “Why This Kolaveri Di” was the first Indian music video to surpass 100 million views on YouTube.

In August 2013, he was made the brand ambassador for Perfetti India’s Center Fresh.

Dhanush has an estimated net worth of $20 million US dollars as of 2019. He charges Rs 10 to 15 crore per film as remuneration. He lives in a luxurious house located in T. Nagar, Chennai. He has a large fleet of exotic cars from luxury carmakers including Audi A8, Jaguar XE, Bently Continental Flying Spur, Rolls Royce Ghost Series II, and Harley Davidson superbike.

Growing up, he wanted to become a Marine engineer, but it was his brother Selvaraghavan who insisted him to do films and thus he landed a lead role in his father’s film Thulluvadho Ilamai.

Not many know that he is an ardent devotee of Lord Shiva and thus he named his sons after his names – Yatra and Linga.

As popular as he is, the actor has been linked with several controversies. During the filming of 3, he and his co-star Shruti Haasan have been romantically linked together and there were rumors of them living together at that time, but his wife denied all related rumors.

In 2016, Kathiresan and Meenamal, an old couple from Thiruppuvanam, claimed that they are the real parents of Dhanush and filed a petition with the police and court seeking the authorities to get back their son. After a series of arguments and cross-verification with the evidence and DNA tests, the court found that there was no truth to the couple’s claim.

With a career spanning more than 15 years, Dhanush was unstoppable and has several feats in his cap and his truly amazing talents gave him entry into Hollywood.