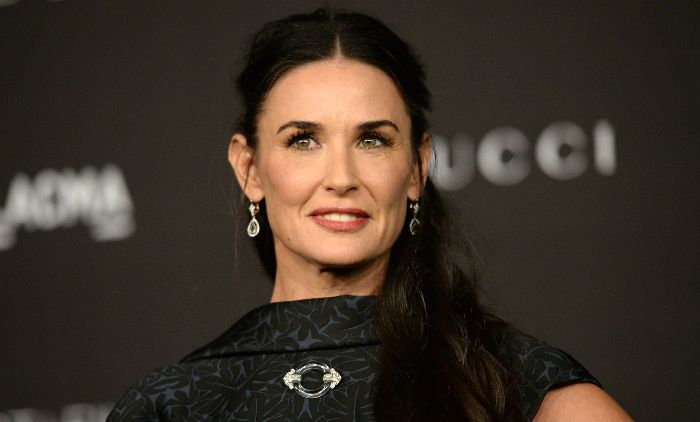 Who is Demi Moore?

The beautiful, elegant and loving personality, Demi Moore, needs no introduction to film fanatics as she is one of the most popular faces in Hollywood. She conquered the world of modelling and film industry throughout the 80’s and 90’s, thanks to her good looks and captivating onscreen persona. Over the years, Demi has given a number of box office successes and has been considered the best selling actress of all time. During the peak of her career, she was paid a unprecedented amount of $12.5 million to cast in Striptease in 1996. Throughout her career, she has received various awards and has been an inspiration and idol for many aspiring young actresses.

She is currently 56 years old.

Demi attended Fairfax High School in Los Angeles. She left studies at her junior year to pursue a career in theatre and acting.

She is of English and Scottish descent.

Moore has been dating musician Sean Friday since October 2013.

Demi made her acting debut with 1981 film Choices, in which she played the role of Corri.

She first appeared in the medical drama series General Hospital as Jackie Templeton from 1982 to 1983.

Demi Moore has an estimated net worth of $150 million. Her earnings include film and television appearances, high-profile brand endorsements, modeling and other business endeavors. Being the highest paid actresses in the industry, she was also included in Guinness Book of World Records.

Moore had a very disturbed childhood, her father left her mother even before she was born. They have been together for only two months.

At the age of 15, she moved to West Hollywood, where she attended high school.

Before modeling, she did various odd jobs, including one as a pin-up girl and at a debt collection agency.

She is a follower of Philip Berg’s Kabbalah Centre religion

In 1990, she won Saturn Award for the category of ‘Best Actress’ for the film, ‘Ghost’.

Moore was an investor in the Planet Hollywood chain of theme restaurants, along with Sylvester Stallone, Arnold Schwarzenegger, and former husband Bruce Willis

As per NY Times, she is the world’s most high-profile doll collector, who has more than 2000 dolls. She had to place all of them in a dedicated house.