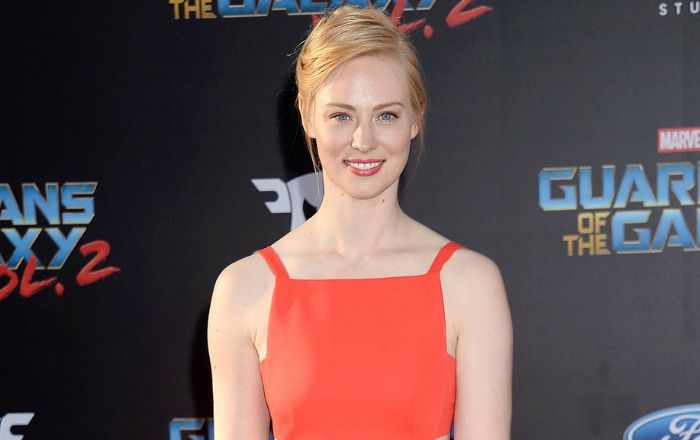 Who is Deborah Ann Woll?

Deborah Ann Woll is an American actress who became famous for her role as Jessica Hamby in the HBO drama series True Blood. She has been cast as Karen Page in the Netflix shows Daredevil, The Defenders, and The Punisher. She garnered huge fame through her roles in TV series and films inducing Mother’s Day, Catch .44, Ruby Sparks, Meet Me in Montenegro, and The Automatic Hate (2015) and Escape Room (2019).

Talking about Deborah’s personal matters, her father, whose identity is not known, is an architect and her mother, Cathy Woll, is a teacher at the Berkeley Carroll School. She’s got Jewish German and Irish roots. She is the only child to her parents.

Deborah Ann attended the Packer Collegiate Institute and obtained her Bachelor of Fine Arts from USC School of Dramatic Arts from the University of Southern California in 2007.

She then enrolled at the Royal Academy of Dramatic Arts in London to hone her acting skills. After which she attended the pre-college intensive program in theater at Carnegie Mellon University.

Deborah Ann has been in a relationship with her longtime boyfriend E.J. Scott from 2007. The couple got married on their 11th anniversary in 2018

In 2007, Deborah Ann was cast in an episode titled Powerless of the crime drama TV series, Life. She played Nancy Wiscinski in the series.

Woll is best known for her starring role as  Jessica Hamby, in the HBO fantasy drama series True Blood. She acted in a total of episodes for which she won the Satellite Award for Best Cast – Television Series at the 14th annual ceremony.

Being the casting member of the Netflix original series The Punisher, The Defenders, and Daredevil.

Deborah’s net worth is estimated at $2 million.

She suffered from Celiac disease since she was a toddler, a rare hereditary disease that makes her body intolerant of consuming gluten.

By the time Deborah landed a recurring role in the first season of True Blood, she already had 10 years of experience in theatre. She has performed in various plays at the New York theatre company.

Her boyfriend Scott suffers from choroideremia, a condition that ultimately results in blindness. She has taken lots of effort to raise awareness of the disease.

In 2019, she began starring in the Geek & Sundry produced , Relics, Rarities, a modified version of Dungeons and Dragons.