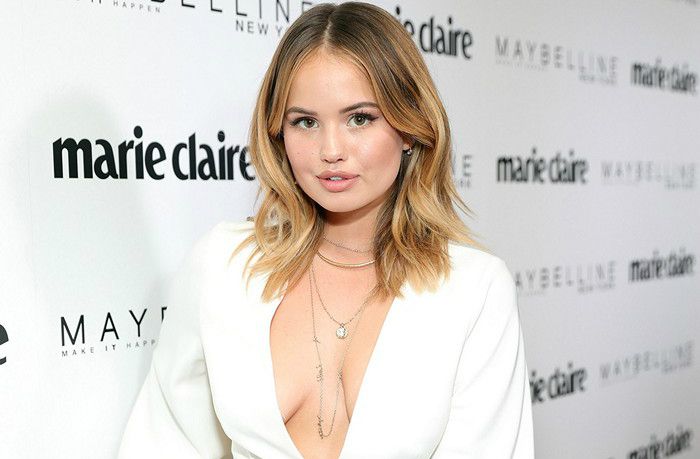 Who is Debby Ryan?

Debby Ryan is an American actress and singer who came into limelight with Disney Channel’s original television series, The Suite Life on Deck and as the titular nanny in the TV series Jessie. She was discovered by Disney in a nationwide casting call and has since appeared in many of their original series and films. She also starred in the film 16 Wishes, which was the most watched cable program on the day of its premiere on the Disney Channel. This young damsel has achieved stupendous growth over time from being an actress to singer and director and even a producer.

Debby Ryan was born on the 13th of May 1993, in Huntsville, Alabama, United States of America. She’s currently 26 years old.

Ryan attended Fossil Hill Middle School, Texas and graduated from Fossil Ridge High School. In an interview, she described herself as a “nerd” in school.

Debby has had a fair share of affairs and was romantically linked with a bunch of stars including Jason Dolley, Sean Marquette, Gregg Sulkin, Josh Dun and Spencer Boldman.

She has been in an on and off kind of relationship with Twenty One Pilots drummer Josh Dun since 2013. They got engaged in December 2018.

In 2007, Ryan played a guest role as a teenager in the film Barney: Let’s Go to the Firehouse. Her first major role was as Edith in the Metro-Goldwyn-Mayer film The Longshots.

In 2006 she made her television debut on the show Barney and Friends. She had a recurring role as Debby in the tenth season of the series.

Debby Ryan released her first single called We Ended Right on July 6, 2011. It was released from her own label, the Ryan River Studio, which she founded with her brother Chase.

Ryan has been an endorser for iDog and Disney’s Friends for Change. She has been working on her own clothing line from 2012 which is due to launch anytime.

Ryan has a net worth of $4 million. She lives in Los Angeles and owns an Audi A4.

Growing up, Debby lived in many places as her father was a military man. She lived in Texas and then moved to Germany when she was seven years old where she lived there until she was 10. She can speak German and English, her first language.

She began to act in plays at the American base while in Germany and got fascinated to became an actress.

Debby appeared in several TV commercials before landing a role in the TV show Barney and Friends. That was the start of her acting career. She has since never turned her back.

She explored different areas like music and film-making and has shown her prowess in every department that she worked.

She turned director with a live-action hit series called Jessie for Disney channel. At 20, she directed three episodes for the season, making her the youngest female to ever direct a Disney Channel production.

In 2009, Debby was awarded the Popstar Magazine’s Poptastic Award for Favorite Female Newcomer.

Ryan has appeared on the cover of several teen magazine including Tiger Beat, Teen Magazine, J-14 Magazine and Popstar Magazine.

Throughout her life, Debby has traveled to 9 countries.

Debby can play several instruments such as the guitar, piano, and keyboard.

She revealed that her Suite Life co-star, Brenda Song, is her acting idol.

She has a cat called Doctor.