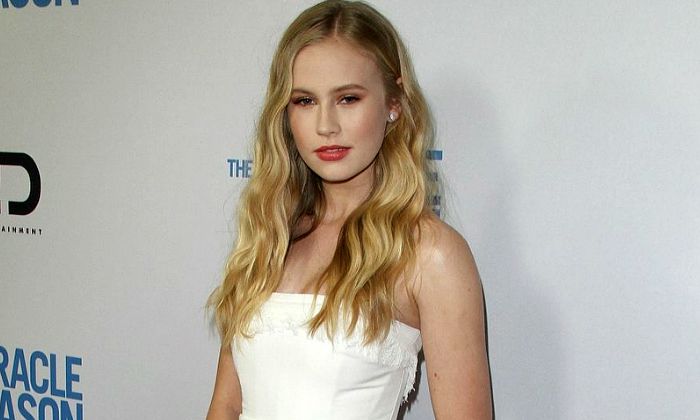 Who is Danika Yarosh?

Danika Yarosh is an American actress probably best known for her acting roles as Holly Herkimer on Showtime’s Shameless and as Malina on Heroes Reborn. With numerous appearances on both off-screen and on-screen, Danika has carved a niche for herself in the industry. The acting bug caught her at a very young age, studied acting and dance and eventually made her way to Broadway at the age of 10, playing the role of ballet dancer Karen in the Broadway production of Billy Elliot. Her swift transition to small and big screen won her many prominent roles, including the role of Samantha Dutton in Jack Reacher: Never Go Back starring opposite Tom Cruise.

Danika Yarosh was born on the 1st of October 1998, in Morristown, New Jersey, United States of America. She is currently 20 years old.

Danika Yarosh was born the third of four children to Victor and Linda Yarosh. Her father is a former member of the United States Air Force. Her older sister, Amanda, is also an actor. In addition, she has two siblings. an older brother, Erik, and a younger brother, Peter.

She is of Ukrainian descent on her father’s side whereas her mother is of Ashkenazi Jewish, Italian, German, Swedish, Dutch, French, and Irish ancestry.

After high school, she planned to study biology at college, however, she later deferred her studies after she landed a role in the NBC miniseries Heroes Reborn.

The budding actress is believed to be single and not married to anyone just yet. Danika, in fact, has no visible relationship ties with anyone, at least, we know of, or she may be good in handling it better than her peers in the industry. In case if she has a boyfriend, it appears that she has no plans to reveal the identity of her boyfriend to fans yet. Whatsoever, the young beautiful actress is keen on keeping that aspect of her life private but her beauty cannot go unnoticed.

Danika’s first feature film was The Stepford Wives, a 2004 dramedy film starring Nicole Kidman, in which she played the role of an extra.

Danika starred as Young Daryl on an episode of the documentary series Celebrity Ghost Stories in 2010.

As an actress, Danika Yarosh first major role was as Malina Bennet in the TV mini-series Heroes Reborn. It is her first biggest role in her career that helped her establish a name for herself in the industry, eventually earning her much fame and fans.

Her other notable works include her portrayals of Ariel Thornhill/Nicole Goshgarian in Law & Order: Special Victims Unit, Olivia in the Nickelodeon TV series See Dad Run and her part as Brooke Osmond in the Netflix drama series Greenhouse Academy.

Having been in the industry for quite a while, Danika Yarosh has amassed an incredible amount of net worth for herself, which is estimated to be around $750,000, as of 2019. It won’t come as a surprise to anyone who knows her well, thanks to her terrific performances in the film and TV as well. She currently lives in Los Angeles, California with her family.

She took acting and dance lessons at a very young age and won several local and national competitions.

Danika had a penchant for acting from her childhood, however, it was her dancing skills that won the role of ballet girl Karen in the Broadway production of Billy Elliot. She was just 10 years old at that time.

Danika’s acting career gradually took off with minor roles in shorts films and television shows, inciting Danika and her mother to move to Los Angeles when she was 12 years old.

Though it was a temporary move, they later decided to settle in California permanently after she kept on booking roles.

She is good friends with her Shameless co-star Emma Kenney.