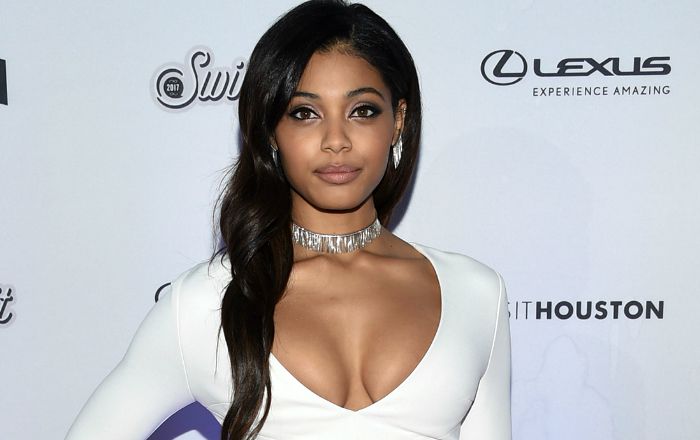 Who is Danielle Herrington?

American supermodel Danielle Herrington came into limelight after her appearances on the Sports Illustrated Swimsuit Issue including the 2018 cover of the special issue. She has also worked for Victoria’s Secret.

Danielle Herrington was born on the 26th of May 1993, in Compton, California, United States of America. She’s currently 26 years old.

Speaking about Danielle’s family background and early life, she is the daughter of Darryl Herrington, Theresa Herrington. It appears that she is the only child to her parents. She spent most of her childhood in Compton, California. She attended John Casablancas’ modelling school and majored in psychology.

There’s not much known details about her love life and dating history.

Danielle hasn’t appeared in any film or TV show.

Danielle Herrington stared her modeling career when she was 13 years old. She launched her porfessional modelling career in 2015 when she modeled for Seventeen Magazine back-to-school event. In 2017, she became Sports Illustrated Swimsuit Rookie.

As a model, she has endorsed several brands and products including Guess and Juicy Couture.

In 2017, she did photoshoot for the renowned player in the modeling industry, Sport’s Illustrated’s Swimsuit. It was shot in Fiji.

She is the third black model after Tyra Banks and Beyoncé to appear on the over of Sports Illustrated Swimsuit issue.

If she wasn’t a fashion model, she would have been a child psychiatrist.

She is currently signed with Women/360.

She used to play the trumpet and the clarinet.

Danielle has also appeared on the cover of the Swimsuit 2018 issue, which was shot in the Bahamas.