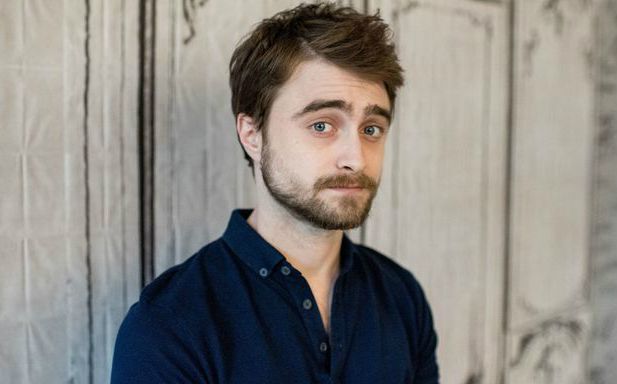 Who is Daniel Radcliffe?

Daniel Radcliffe is an English actor who achieved fame and success after playing his part as Harry Potter in the popular Harry Potter film franchise, which is an adaptation of J K Rowling’s novel of the same name. He started acting at a very young age of 10 in BBC One’s television film David Copperfield, and then went on to star in films. He has appeared in a number of the box office hit films like ‘The Woman in Black’, ‘Victor Frankenstein’, ‘Swiss Army Man’ and ‘Jungle’. He has also done many theatre productions like Martin McDonagh’s ‘The Cripple of Irishman’ and ‘The Play I Wrote’.

Daniel Radcliffe is the only child of Alan George Radcliffe and his wife, Marcia Jeannine Gresham (née Jacobson). His mother was born in South Africa and raised in Westcliff-on-Sea, Essex. She has Jewish roots. On the other hand, his father is of Northern Irish, born and raised in Banbridge, County Down, Northern Ireland, in a “very working-class” Protestant family.

Throughout his acting career, Radcliffe has been romantically linked with many women at different times of life. In 2007, he started dating Laura O’Toole which ended in less than a year. He was then in a relationship with Rosanne Coker, who worked as a production assistant for Harry Potter and the Half-Blood Prince. They ended their relationship in October 2012.

From 2012, Daniel is dating Erin Maya Darke, who is a casting agent. He met her on the sets of Kill Your Darlings.

Daniel Radcliffe made his acting debut starring as Mark Pendel in the 2001 American-Irish comedy-drama thriller film, ‘The Tailor of Panama’.

Daniel earned his first acting credits at the age of 10 in BBC One’s televised two-part adaptation of the Charles Dickens novel David Copperfield, portraying the title character as a young boy.

He had his first major role starring as Harry Potter in the film Harry Potter and the Philosopher’s Stone, which was released in 2001. He then went on to reprise the role in all of the eight Harry Potter films. This role earned him numerous accolades, including multiple MTV Movie Awards and Teen Choice Awards and National Movie Awards for Best Male Performance in 2007.

Daniel Radcliffe has a total net worth of $110 million with annual earnings of $25 million. He’s one of the richest actors in the industry who achieved it at a young age. This net worth comes from film and television appearances and other public appearances. He has several properties in possession including a $4 million luxury house located at West 12th street, $1 million Mercer Home and 1 Morton Square Home both of which are located in New York. He owns a  green Fiat Grande Punto.

He has two border terriers named Binka and Nugget.

In February 2004, British newspaper The Sun listed him as Britain’s third-richest teenager behind only Prince Harry and Charlotte Church. He is said to be worth 5 million pounds.

Radcliffe can rotate his arm 360 degrees.

He is a huge fan of Red Hot Chili Peppers and attended their London concert in June 2004.

He is afraid of clowns.

In 2008, he revealed that he suffers from a mild form of neurological disorder dyspraxia called motor skill disorder (Problem with movement and coordination).

In 2011, Radcliffe received The Trevor Project’s Hero Award for his contributions to charities.