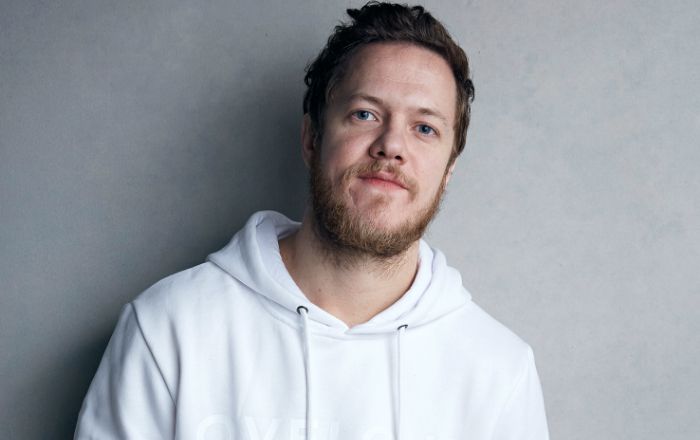 Who is Dan Reynolds?

Dan Reynolds is an American singer and songwriter who is probably best known as the lead vocalist for the indie rock band Imagine Dragons. The band is famous for their successful studio albums ‘Night Visions’, ‘Smoke + Mirrors’ and ‘Evolve’. In 2011, Dan released his debut EP, titled ‘Egyptian’ under the moniker Egyptian. The band found success with the release of singles, “It’s Time”, “Radioactive”, “Demons”, “Believer” and “Thunder”.

Dan was born seventh of nine children to Nevadan parents, Christene M. (née Callister) and Ronald Reynolds, a lawyer, and author. He has eight siblings, seven brothers, and one sister. His father is of English, German, Welsh, Scottish, Irish, French, Scots-Irish, and remote Dutch ancestry whereas his mother has Danish, English, and Manx descent.

Dan attended Bonanza High School and then enrolled at the University of Nevada, Las Vegas and then transferred to Brigham Young University after serving an LDS mission, where he studied communications, marketing, and music. He was expelled from the university for having sexual relations with his girlfriend of four years.

Dan Reynolds married singer and musician Aja Volkman as well as the lead singer of the band Nico Vega, on March 5, 2011. Together they have three daughters Arrow Eve Reynolds (born on August 8, 2012) and twin girls Gia James and Coco Rae Reynolds (born on March 28, 2017).

The couple announced their separation in 2018 after being married together for seven years. They reconciled later and have been together since then. They are expecting their fourth child, a son, due in October 2019.

As a member of the rock band, Imagine Dragons, they released their debut studio album Night Visions on September 4, 2012. The album peaked at number two on the Billboard 200 and topped the Billboard Top Alternative Albums and Billboard Top Rock Albums charts. The album is comprised of hit singles “It’s Time”, “Radioactive” and “Demons”, and all the three-peaked in the top 10 on various music charts, including the Billboard Hot 100.

In 2018, Dan made his screen debut as himself (voice role) in the film Ralph Breaks the Internet.

In 2018, he appeared as himself in a TV documentary called Believer that examines the intersection between LGBT people and The Church of Jesus Christ of Latter-day Saints

Dan Reynolds found success for being the frontman of the rock band, Imagine Dragons.

At the same time, he is also known for the albums like ‘Nigh Visions’, ‘Smoke + Mirrors’ and ‘Evolve’ that was released by the band.

Dan has a total net worth of $14 million dollars. He resides in Los Vegas

Dan is a member of The Church of Jesus Christ of Latter-day Saints. When he was 19 years old, he volunteered full-time as a missionary in Nebraska for two years.

After choosing music as his professional career, he formed the band Imagine Records with drummer Andrew Tolman.

They had competed in a number of local competitions and got a huge break after they performed at the Bite of Las Vegas Festival, which lead the Interscope Records to sign them.

In 2018, the band was nominated for two more Grammy Awards and received the iHeartRadio Music Award for Alternative Rock Artists of the Year.