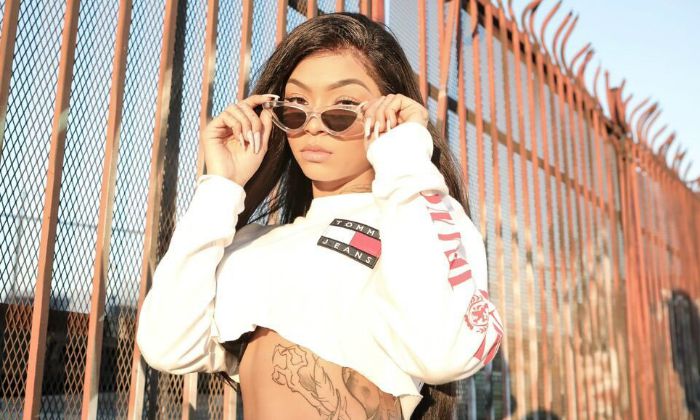 Who is Cuban Doll?

Born in Texas, rapper Cuban Doll propelled to fame as a social media star by posting intriguing pictures and videos of her on social media platforms like Twitter and Instagram. She has amassed over 1.5 million followers on her official Instagram account “cubanndasavage”, thanks to her great sense of fashion and choice of hair color. After garnering millions of fans on social media down the line, she began to digitally release her original songs and often collaborated with rappers like Molly Brazzy, Asian Doll, and BandGang. She has had found a lot of success in her lucrative rapping career and has a number of credits to her name including her singles, Drug Dealer, Let It Blow and Bankrupt.

Cuban Doll was born on the 12th of May 1998, in Dallas, Texas, United States of America. She is currently 21 years old.

Talking about her family and early life, there’s very limited information available about her personal life. Specifics about her parents are unknown, but she grew up alongside her younger and older brothers. Not much is known about her father, but her mother was sent to jail when she was 15 years old, and she lived all by herself until her mother was released after three years. It’s certain that her early life was unpleasant and troubled, and it was music that helped her to confront her loneliness. It is unknown whether she had pursued her formal school education.

Cuban’s first publicly known relationship was with rapper named Tado. The two broke out after dating for a while. She then dated rapper Kodak Black, but this relationship also didn’t last long. It is unknown where Cuban is currently single or being involved in a romantic relationship with someone else. She has apparently kept her private life away from the media.

Cuban launched her singing career in 2017 with the release of her first mixtape, Cuban Link, on 14th of February that year. She, then, released a shorter mixtape called Aaliyah Keef, which featured the viral single “Rat Bitch.”

Cuban Doll became known to the internet world as a social media star, thanks to her massive fans following on social media platforms like Twitter and Instagram.

As a rapper, she gained fame and recognition for her singles, Drug Dealer, Let It Blow and Bankrupt.

Wondering how much fortune Cuban would have accumulated from her successful rapping career? Unfortunately, there have been variations in her net worth being reported by various sources. Some sources have claimed her net worth as $100,000 while others have estimated it to be over $500,000. With that said, the Texas-native is making a decent income from rapping and other social media endeavors. In addition, she also sells her merchandise that includes her clothing line, mobile phone cases, backpacks, and many others.

She is a huge fan of Aaliyah and Chief Keef and grew up listening to their songs.

She originally had plans to adopt the moniker “China Doll,” but gave it up due to unknown reasons and zeroed in on the name, Cuban Doll.

Cuban joined Twitter in 2012 under the name of ‘Cubanndoll’ and later that year, she also joined Instagram and has since gained an enormous amount of followers on both platforms.

She frequently collaborates with stars such as Molly Brazy, Lil Bibby and Lil Sammie to create and record songs.

Cuban can been seen smoking marijuana in many of her YouTube videos.

In 2019, she collaborated with Mza1 and DJ Gutta Butta for her song “Big Talk”.