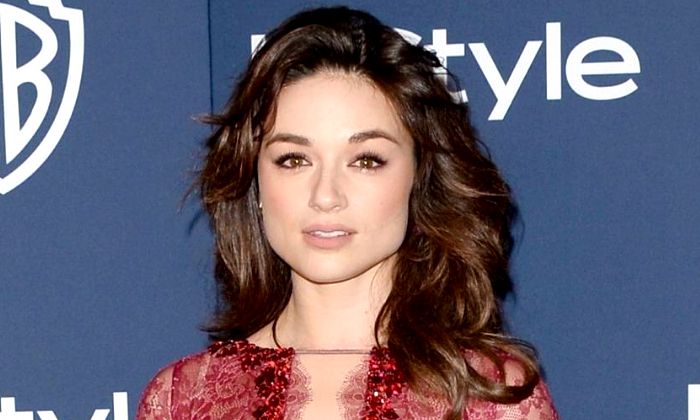 Who is Crystal Reed?

Crystal Reed is an American actress who has forged a name in Hollywood through her outstanding performance as Allison Argent in the MTV teen drama series, Teen Wolf. In recent years, she has gained even more popular roles, including Sofia Falcone in the Fox crime drama series, Gotham, and then Abby Arcane in the DC Universe horror series, Swamp Thing. With an acting career spanning over a decade, Crystal has garnered much attention for herself in the entertainment industry. Her notable film credits include Skyline, Crush, Too Late, and Ghostland.

Crystal Reed was born on the 6th of February 1985, in Detroit, Michigan, United States of America. She is currently 35 years old.

Crystal Reed was born into a conservative Catholic family of Polish and Native American descent. While not much is known about her parents, it is known that Christine Reed is her mother. She grew up along with her older brother Corey and sister Daniella.

She attended and graduated from Roseville High School in 2003. Crystal then enrolled at Wayne State University to obtain a Bachelor’s degree in Fine Arts but later dropped out of college before completing her degree and moved to Chicago to pursue a career in acting.

She’s also trained in various forms of dance, including tap, ballet and jazz, Furthermore, she also served as a dance captain in high school.

She then dated British actor Daniel Sharman from 2011 to 2013. The couple began dating while working together in MTV’s Teen Wolf and ended their relationship in 2013

Following her breakup, Reed started dating television presenter Darren McMullen in July 2013. It was rumored that she had a brief fling with actor Joshua Jackson in June 2016 with many tabloids reporting that she cheated McMullen. Though it was not confirmed by both parties, the tables turned as McMullen and Reed went through a rough phase after that. As the couple couldn’t cope with the turn of events, they broke up in early 2019.

After dropping out of college, Crystal Reed moved to Chicago as she felt that she would have more options in launching her acting career. She spent the next few years, appearing in local theatre productions and then moved to Hollywood in 2008, hoping to make a career in big screen.

It took less than two years for her to make her screen debut. She secured a minor role in the CBS srime drama series, CSI: Crime Scene Investigation, CSI: NY, Rizzoli & Isles, and then appeared in the television series The Hard Times of RJ Berger as well as in the movie Skyline.

As she continued to move forward with her career, she was picked up to play the role of Allison Argent in the MTV teen drama series Teen Wolf in 2011. The series soon became popular among the Americans, and eventually, Crystal became a household name.

She expressed her desire to leave the show to the show runners, and as a result, her character was killed at the end of third season. She continued with film roles, including Jewtopia, Crush, Too Late, before landing a prominent role in the in the fourth season of Bruno Heller’s Gotham as Carmine Falcone’s daughter, Sofia Falcone.

In 2019, she reached further stardom when she took on the role of Abby Arcane in the DC Universe horror series Swamp Thing.

Having been in the industry for more than a decade, Crystal Reed has managed to acquire a ton of following on different social media platforms. She has over 3.1 million followers on her Instagram account, in addition to over 1.2 million Twitter followers.

She enjoys to golf when she’s not acting.

During her teenage years, she appeared in the musicals Annie, Fiddler on the Roof and Grease at the local community theatre.

Since her career beginnings, Crystal Reed has appeared in several popular roles, and all of that accomplishments have accumulated a massive net worth of $3 million. With more high-profile roles in recent years, she’s making her way up to Hollywood’s elite list.