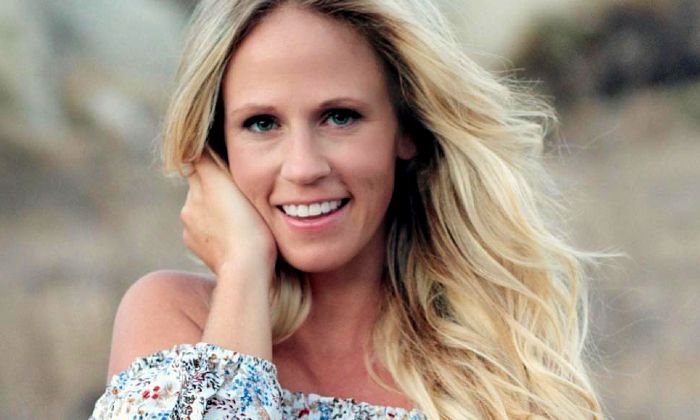 Who is Corey Talbott?

Corey Talbott, a YouTuber, and businesswoman hailing from California runs a family YouTube channel, Trav and Cor, with her husband, Travis Talbott. The 35-year old California native has garnered much attention for herself, despite the fact that their channel is a collective effort of her family. Catering to the family audiences of all ages, the channel has over 4.5 million subscribers and the numbers are growing still.

Corey Talbott was born on the 17th of January 1985, in Salinas, Monterey County, California, United States of America. She is currently 35 years old.

Talking about Corey’s personal life, very little is known as she has not talked much regarding her family, childhood and education. It is known that she started gaining fame after her family YouTube channel started raking in million of subscribers.

Corey has a sister named Katie Struve Morga and a niece named Indie May Struve Morgan. She is a college graduate, having attended schools in her hometown of Salinas. She worked as a nurse before her rise to fame online.

The Talbotts has had a YouTube channel since 2014. However, it was close to two years after they first launched the channel before they ever posted a video to it. The channel is mainly focussed on their elder son, Tydus Talbott, who is often credited as Mini Jake Paul.

The channel has become widely popular with families that have children of all ages. The family has used its YouTube channel to inspire other families, as well as single-parent households. Without a doubt, the channel is one of the most popular family channels on YouTube, which has already amassed over 4.5 million subscribers.

Corey Talbott is the co-creator of Trav and Cor, a channel that has a large family base. Like most of her fellow internet celebrities, she uses social media to promote her channel as well as for brand endorsements. Her Instagram, @corey_talbott, has over 260 thousand followers. Other than the photo-sharing app, she is not present anywhere.

Besides being a successful YouTuber, Corey is also a entrepreneur. The Talbotts own a boutique hotel near Lake Tahoe, a freshwater lake that lines the border of the states of California and Nevada.