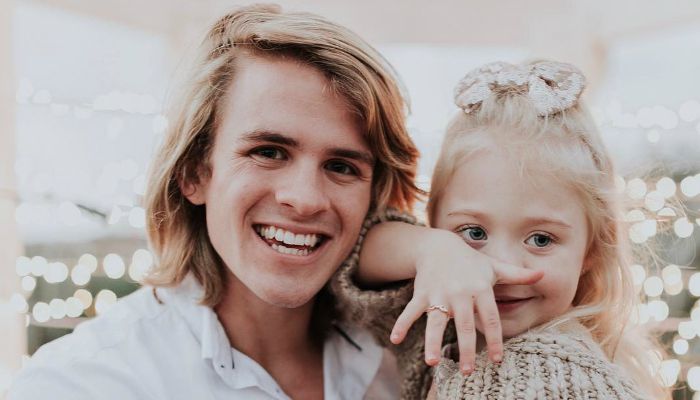 Who is Cole LaBrant?

Before the most popular short video uploading platform Vine shutdown in 2016, Cole LaBrant was an active and the most popular Viner from the United States. It’s no doubt that teens who storm social media since the early 2000s are Americans. And, he is no exception to it. He makes videos on different genres that attracted the likes of the mass population. He mostly uploads videos of his daily works and his immediate social concerns. LaBrant doesn’t shy away from exploring out of his confront zone and trying new things, who is now active on other social media such as YouTube, Twitter, Musical.ly, and Instagram.

LaBrant was born on the 21st of August 1996, in Troy, Alabama, United States of America. He is currently 23 years old.

Cole is the son of Ken LaBrant and his wife, Sheri Lewis LaBrant, who is a reality TV star. He has five siblings named Luke, Jack, Clay, Tate, and Lily LaBrant and all of them are social media stars.

LaBrant is a Troy University student and USMC Infantry recruit.

He started dating fashion blogger, Savannah Soutas in 2016. They married on July 10, 2017. He has no kids on his won, but his wife has an adorable little angle named Everleigh Rose. The couple welcomed their daughter, Posie Rayne in 2018.

Both their daughters have individual Instagram accounts, which are being managed by their mom. Everleigh has amassed over 4.7 million followers while her little step-sister, Posie, has earned over 1.4 million followers, as of August 2019.

He hasn’t yet appeared in films.

He along with his mother, Sheri appeared on the reality game show, The Amazing Race 28, in 2015.

Cole LaBrant has been associated with numerous brands and products that form a substantial part of earnings.

The 21-year old internet star has amassed a net worth of $3 million as of 2019. This impressive wealth comes from the massive social media popularity he and his family earned over the years. He lives with his wife and daughters in a luxury mansion in California.

Cole was then an active member of the group, Dem White Boyz on Vine, which he formed with his friends, Baylor Barnes, and John Stephen Grice.

Before the platform was officially closed, he had embraced over 3 billion views.

He and his friends won a clothing and accessories company called Water Bluff Clothing, Co.

When Cole LaBrant was a student at the Enterprise High School in Alabama, he made a video requesting Selena Gomez to his high school prom. This video comprised of Selena songs where he enacted for the lyrics and was considered the best Promposals ever! But Selena denied it, but her team contacted him and said that she likes the video.

LaBrant is now a successful Musical.ly (TikTok) star with more than 4 million fans on the platform.