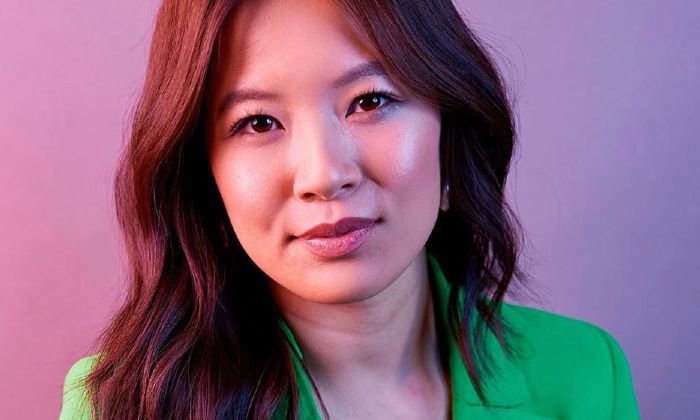 Who is Christine Ko?

Taiwanese-American actress, Christine Ko, has found a lot of success lately, thanks to her starring roles in FX’s comedy series, Dave, as Emma and Amazon’s Upload as Mandi. Having launched her career in 2012, Christine’s first break came only in 2016 when she played Emma, the magazine’s millennial social media expert, in the CBS television sitcom The Great Indoors. In 2020, she played Angela in Alan Yang’s Netflix film Tigertail. Besides all this, she’s also credited with parts in ABC drama Deception, CBS drama Hawaii Five-0, and HBO’s hit football comedy series Baller.

Christine Ko was born on the 3rd of August 1988, in Chicago, Illinois, United States of America. She’s currently 31 years old.

The Chicago native is got acting in her blood. Her father, Frankie Kao, is a Taiwanese actor, television presenter, and singer while her mother, Cindy Wen, is also an actress. She has a brother named Chaoen Ko.

Having born in Chicago, she juggled between her parents’ home in Taiwan and her aunt’s home in Atlanta throughout her early life. She did her middle school Taipei, Taiwan where she learned to speak Mandarin Chinese.

Christine later returned to Georgia, where she attended Carlton J. Kell High School, a public high school in the Cobb County School District in Georgia. After that, she attended Georgia State University in Atlanta, Georgia, graduating four years after with a bachelor’s degree in Communication and Media Studies in 2010.

Talking about her romantic life, apparently, there’s not a lot to share about her current relationship status or her dating history. She is very private when it comes to relationships, and thus information about her dating life is very scarce.

She kicked off her acting career in 2012 with a guest appearance in the Nickelodeon television series Hollywood Heights, where she played Branda in two episodes of the series.

It’s no doubt that Christine is a talented and passionate actress but she longed for more out of her career. Her career and popularity reached a whole new level when she landed a series regular in the CBS sitcom, The Great Indoors, playing Emma, the magazine’s millennial social media expert, starring alongside Joel Mchale and Stephen Fry.

Her acting talents began to gain attention and her name became more popular in the entertainment industry. As a result, she landed a recurring role in Hawaii Five-O as Jessie Nomura alongside Alex O’Loughlin, Scott Caan, Daniel Dae Kim, and Grace Park.

After playing a slew of guest roles, she earned a lead role of Emma in the FX series Dave, which is based on the real-life rapper and comedian Dave Burd, best known to his fans as “Lil Dicky.” The series premiered on March 4, 2020 to critical acclaim and she received praise for her performance.

That same year, she was cast as a part of Amazon’s originals, Upload, where she played the role of Mandi. Both series were renewed for second seasons.

Just like many actors, Christine Ko is active on social media and uses it to promote her projects apart from offering a glimpse of her personal life with her fans. She’s got over 48,000 followers on her Instagram, where she shares pictures of her from her daily life, modeling shoots as well as from her projects.

She has accrued over 11,000 followers on her Facebook page while her Twitter has over 8,000 people following her on the platform.

According to various sources, Christine Ko’s net worth, as of 2020, estimated to be around $500 thousand to $1 million.

She can speak both English and Mandarin. She learned Mandarin during her middle school years in Taipei, Taiwan.

Christine got acquainted with performing arts at a very young age and took school art and dance classes while growing up.

Christine did few jobs, including working as a waitress in Los Angeles, before her rise to prominence as an actor.

She is the founder of Kaiio, a women’s jewelry and accessories line.