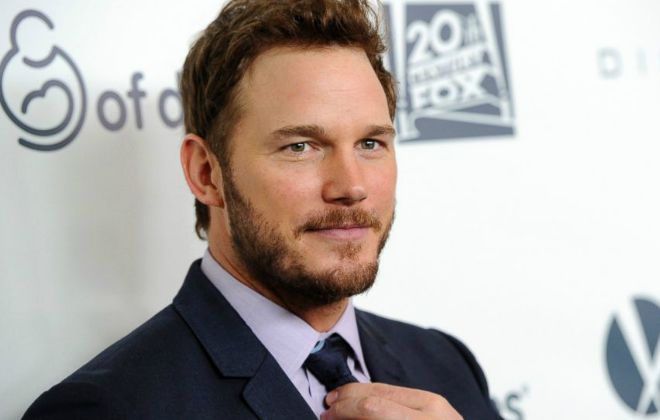 Who is Chris Pratt?

Chris Pratt is a famous American actor who has made the leap to international fame for his remarkable roles in films like The Lego Movie as Emmet Brickowski, Guardians of the Galaxy franchise as Star-Lord and in Jurassic Park franchise as Owen Grady. As an actor, he first gained fame for his roles in The WB drama series Everwood and in the NBC sitcom Parks and Recreation. Pratt was discovered by actress and director Rae Dawn Chong while waiting tables who offered him a role in her directorial debut, Cursed Part 3, thanks to his good looks, masculine physique, and towering height. Thereafter, the actor has never turned his back, and today, he is one of the highest paid actors in Hollywood.

Chris Pratt was born on the 21st of June 1979 in Virginia, Minnesota, United States of America. He is currently 40 years old.

Chris is the youngest child of Kathleen Louise (née Indahl), who worked at a Safeway supermarket, and Daniel Clifton Pratt (Died in 2014), who worked in mining and later remodeling houses. He has two older siblings, Cully, and Angie Pratt. He has four nephews Josh, Trevor, Tristan, and Logan. His ancestry is English, German, Swiss-German, French Canadian and Norwegian.

Chris graduated from the Lake Steven High School, Lake Stevens, Washington in 1997. He then went on to attend a local community college but dropped out halfway through the first semester.

Chris Pratt married his first wife, Anna Faris, his co-star from Take Me Home Tonight on July 9, 2009, in Bali, Indonesia, after dating for over two years. The couple welcomed their first child, son, Jack, in August 2012. They announced their separation in August 2017 and filed a divorce on December 1, 2017.

Chris Pratt married author Katherine Schwarzenegger after dating for over a year on June 8, 2019 in Montecito, California. She is the daughter of Arnold Schwarzenegger and broadcast journalist Maria Shriver.

Chris Pratt made his acting debut as Brason in the 2005 comedy film ‘Strangers with Candy.’ Before that, he played a small role in the film ‘The Extreme Team’ in 2003.

Chris got his first acting job in 2001 playing Nick Owens on USA Network’s ‘The Huntress’ in an episode titled “Who Are You?”

In 2014, he landed in the lead role in two consecutive blockbuster movies, playing Emmet Brickowski (voice) in ‘The Lego Movie’ and Peter Quill / Star-Lord in ‘Guardians of the Galaxy.’ Both movies were successful at the box office gaining him a lot of accolades and appreciation. The latter earned him the CinemaCon Award for Breakthrough Performer of the Year, Detroit Film Critics Society Award for Best Ensemble and Saturn Award for Best Actor. He reprised his role in the Guardians of the Galaxy Vol. 2 (2017) and Avengers: Infinity War (2018).

Chris was cast as Owen Grady in the 2015 science fiction adventure film, ‘Jurassic World,’ which is one of his highest grossing films. The film earned more than $1.6 billion at the global box-office.

Chris Pratt has a net worth of $40 million dollars.

After dropping out of community college, he took several odd jobs, including discount ticket salesman and daytime stripper. He was homeless for few years in Maui, Hawaii, sleeping in a van and a tent on the beach.

He was discovered by actress and director Rae Dawn Chong when he was 19 years old while waiting tables at the Bubba Gump Shrimp Company restaurant in Maui. His acting took off when she cast him in her directorial debut Cursed Part 3, which was a short horror film.

He is a good friend of Aubrey Plaza.

He is fluent in German.

In March 2014, Pratt won the ‘CinemaCon Award for Breakthrough Performer’ for Guardians of the Galaxy.

On June 6, 2015, he won the Guy of the Year Award at the Spike TV’s Guys Choice Awards held at Sony Studios, Culver City.

On April 21, 2017, Pratt received a star on the Hollywood Walk of Fame, located at 6834 Hollywood Boulevard.

Pratt would star as Duncan in action film Cowboy Ninja Viking alongside Priyanka Chopra, which is scheduled for release in 2019.