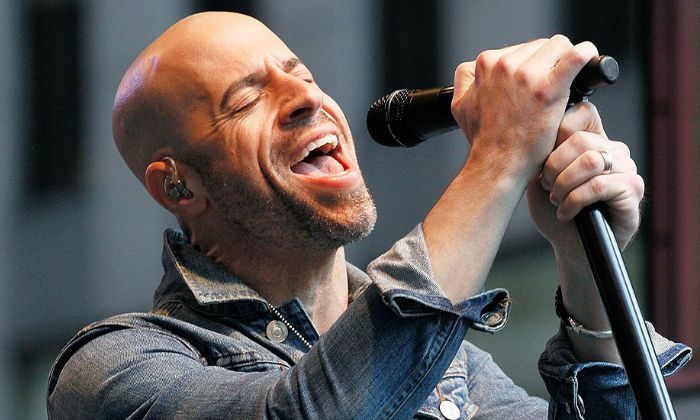 Who is Chris Daughtry?

Chris Daughtry is an American singer and actor probably known best as the lead vocalist and rhythm guitarist for the rock band Daughtry. He first caught the spotlight in 2006 when he appeared on the fifth season of the Americal Idol and made it to the top four. After finishing fourth on the show, the rockstar formed a rock band called Daughtry and released a self-titled album in November of the year. The album topped the Billboard 200 chart, and with that, he became the third most successful artist after Kelly Clarkson and Carrie Underwood, who are also Idol contestants to have a number one album on the Billboard 200.

Chris is one of the most successful rock and roll singers of the 21st century to have all his four albums reaching the Top Ten on Billboard 200. These albums together have made over 8 million sales in the U.S. Not only that, his debut single “It’s Not Over” form his debut album was nominated for Best Rock Song at the 50th Grammy Awards. Throughout his fruitful career, Daughtry has collaborated with an array of artists like Slash, Sevendust, Theory of a Deadman, Chad Kroeger and Brad Arnold. In addition to his successful career as a rockstar, Chris has also featured in the 100th episode of CSI: New York and starred as Judas Iscariot in the Biblical live version of The Passion.

Chris Daughtry is the son of Sandra Corrine (Crowder) and James Kenneth “Pete” Daughtry. He has a brother named Kenneth Daughtry.

Regrettably, details about his formal education are unknown. However, he fell in love with rock music at a young age and took guitar lessons from blues-rock guitarist Matt Jagger at Stacy’s Music store in Charlottesville and Mark Ebert from Laurinburg, North Carolina.

While in high school, he began singing in local rock bands and continued to perform at various local venues even after his high school graduation in 1998. Chirs has also featured in stage productions of The Wiz and Peter Pan during high school.

Chris Daughtry married his longtime girlfriend Deanna Daughtry on November 11, 2000. She is a massage therapist. She gave birth to twins, Adalynn Rose and Noah James, on November 17, 2010. Chris is also a stepfather to Deanna’s children from her previous marriage, Hannah (born September 7, 1996) and Griffin (born June 30, 1998).

Chris Daughtry released his first full-length studio album “Daughtry” on November 21, 2006. The album is his rock band’s first work and peaked at number one on the Billboard US 200 chart. The album’s lead single “It’s Not Over” topped the Billboard Charts as well.

Though the album was tagged as a project by his band, it was entirely his work. He almost completed the album before the band’s birth, he released it through the band to make it popular.

Without a doubt, Chris is an amateur singer with quite a lot of experience in singing since he has performed in his high school band “Cadence” as well as performed locally after graduating from school.

Influenced by southern rock music, Chris auditioned for the fifth season of American Idol in Denver, Colorado, with a mesmerizing rendition of The Box Tops’ “The Letter”. Throughout his stint on the American Idol, he stunned the stage with his rocking performance and eventually made it to the top 4.

During the finale, he performed the song “Mystery” which failed to impress the judges and audiences. As a result, he finished in the 4th position.

Besides this, Chris is also credited with a few acting roles that include Mac Taylor in the 100th episode of CSI: New York and Judas Iscariot in the Biblical live version of The Passion which aired on Fox.

Chris is quite a well-known rocker as well as achieved a lot of fame in his home country. He is largely known as the lead vocalist and rhythm guitarist for the rock band Daughtry. Other members of the band are guitarists Josh Steely and Brian Craddock, bassist Andy Waldeck, drummer Robin Diaz, and keyboard player Elvio Fernandes.

He grew up listening to rock and hard rock music.

Though he had a knack for music from a young age, he only took it seriously at the age of 16 years and joined his high school band Cadence. He sang vocals and played rhythm guitar for the band.

After graduation from high school, he began singing lead vocals and played rhythm guitar for rock bands in Burlington that eventually made band Absent Element to hire him for the same position.

Chris auditioned for Rock Star: INXS in 2005 but he didn’t make through and later he decided to go for American Idol audition and the rest is history.

In 2006, he signed a record contract with RCA Records and 19 Entertainment and later that year, he formed a rock band under his last name.

He is good friends with Ace Young, whom he met during the American Idol audition in Denver.

Over the years, Chris has worked with artists such as Slash, Sevendust, Theory of a Deadman, Chad Kroeger, Brad Arnold, Vince Gill, and Carlos Santana.

Chris has three dogs Chloe, Harlow, and Miley, and a guinea pig.

In 2019, he appeared on the second season of the reality show The masked Singer under the moniker The Rottweiler.