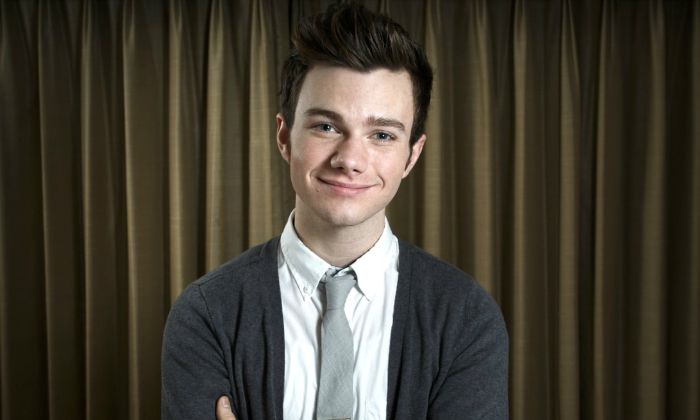 Who is Chris Colfer?

Chris Colfer is an award-winning American actor and singer from Clovis, California. His acting claim to fame began with his portrayal of Kurt Hummel on the hit television series Glee. This role not only assured a place in every American household but also earned him several awards including a Golden Globe, a Screen Guild Award each and three People’s Choice Awards. He has starred in a handful of films and television series, including parts in Struck by Lightning, Absolutely Fabulous: The Movie, Hollywood Game Night and Hot in Cleveland. Also an author, Colfe has authored several books including the New York Times’ bestseller “The Land of Stories” book series. All his accomplishments as an actor and author have accrued him a large social following in his home country as well as the rest of the world.

Chris Colfer was born on the 27th of May 1990, in Clovis, California, United States of America. He is currently 29 years old.

Chris was born the elder son of Karyn (née Boling) and Timothy Colfer. His parents are Irish and so is he. He has a younger sister named Hannah Colfer.

He attended Clovis East High School in Clovis, California, where he faced bullying in middle school. As a result, he was homeschooled for some part of the 7th and 8th grades.

Besides academics, Chris was also good at extracurricular activities. It was during this time, he explored his talent for writing, speaking and acting. He was president of the Writer’s Club, editor of the school’s literary magazine, and captain of Destination ImagiNation”.

Colfer wrote, starred in, and directed a spoof of Sweeney Todd entitled “Shirley Todd”, in which all of the roles were gender-reversed in high school.

He came out as gay in December 2009. Colfe has been in a romantic relationship with actor Will Sherrod since 2013. They have spotted together on several occasions, attending red carpet events and other public events. They met in 2012 during Halloween party and Christmas party and have since they are virtually inseparable.

Chris Colfer began his acting career in 2009 when he was cast as Russel Fish in a comedy short film, Russel Fish: The Sausage and Eggs Incident.

The following year, he did a voice-over role as Drama Dog No. 2 in the comedy-drama film, Marmaduke. It is based on Brad Anderson’s comic strip of the same name.

In 2011, Colfer starred in the documentary film, Glee: The 3D Concert Movie, as Kurt Hummel, which is based on the Fox hit television series Glee.

Colfer’s first acting role in a mainstream feature film came in 2012, where he played the titular character in the coming-of-age comedy film Struck by Lightning. In addition to starring in the film, he also wrote and served as an executive producer for the film. The film was premiered at the 2012 Tribeca Film Festival.

An interesting tidbit is that Chris had originally auditioned for the role of Artie, but unfortunately he didn’t make through. Impressed with his performance, the show’s creator, Ryan Murphy, created the role of “Kurt” for him.

It’s no secret that his role on Fox’s Glee is his most significant work to date. He received a lot of praise from critics as well as won many awards. In 2010, he won the Teen Choice Awards for Male Scene Stealer and Screen Guild Award for Outstanding Performance by an Ensemble in a Comedy Series.

In 2011, he bagged the Golden Globe Award in the category “Best Performance by an Actor in a Supporting Role in a Series” and won the Teen Choice Awards for TV Actor: Comedy, the following year.

Colfer won the People’s Choice Awards for Favourite Comedic TV Actor for three years in a row, in 2013, 2014 and 2015, respectively.

As of 2019, Chris Colfer’s net worth is $8 million. Much of this money comes from film and television appearances, book sales and other projects.

The California-native, who is nearing 30, has worn so many hats throughout his career. He has several accomplishments to his name including the author of over fifteen books. He is in works to publish many in the future.

A lymph-node surgery in 1998 left him a permanent scar on the left side of his neck.

During his middle and high school years, Colfer has participated in many speech and debate shows and won champion titles.

He began writing a fairytale-inspired novel when he was young, which would later become The Land of Stories. He published “The Land of Stories: The Wishing Spell,” the first book in the series, on July 17, 2012. The book was later named The New York Times Best Seller in the Children’s Chapter Books category.

In 2011, he dedicated his Golden Globe Award to bullied kids in the LGBT community.

In April 2011, Time magazine named Colfer one of the “100 most influential people in the world” list.

Chris had no prior acting experience when he auditioned for the role of Artie Abrams for Fox’s Glee. However, he managed to impress the casting directors that made them create a character specifically for him.

He received the Destination imagination icon Award at the Global Finals 2019.