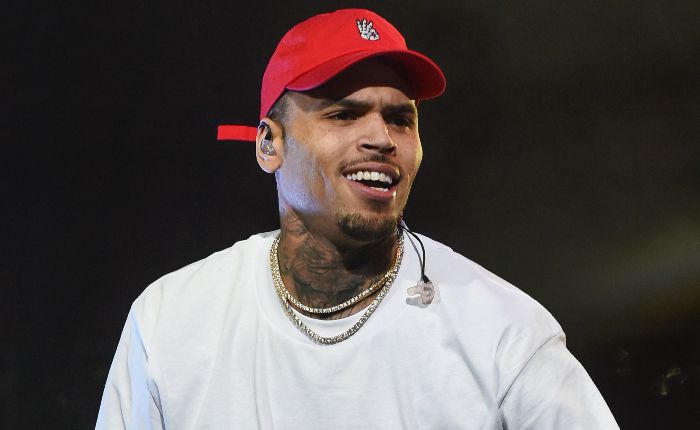 Who is Chris Brown?

Chris Brown is an award-winning singer, songwriter, and actor who is immensely popular for his double platinum studio albums Chris Brown, Exclusive and F.A.M.E. He has several hit tracks to his credits including “Run It!”, “Kiss Kiss”, “With You” and “Forever” charting in the top 5 of several charts. As an actor, he has appeared in TV shows like The O.C and Black-ish and has supporting roles in films like Takers, Think Like a Man and attle of the Year.

I’m in the studio, back and forth, continuously, just having fun. I’m going to continue to make great dance videos and just be me.

Chris Brown was born on the 5th of May 1989, in Tappahannock, Virginia, United States of America. He is currently 30 years old.

Chris Brown is the youngest child of the two children to his parents, Clinton Brown and Joyce Hawkins. His father served as a director at a day care center and his mother worked as a corrections officer at a local prison. His older sister, Lytrell Bundy is a banker.

Chris Brown has had dated many women throughout his life. Of which, his relationship with fellow R&B singer Rihanna was the most discussed topic on tabloids. The two started dating in 2009 but it didn’t end well for them. In February 2009, just hours before the Grammy Awards, Chris involved in a brawl with his then-girlfriend, and soon things escalated to domestic violence. He was arrested that evening and was charged with two felony charges of assault and making criminal threats.

He was sentenced to five years probation, six months community service and one year of domestic violence counseling as a result of his assault against Rihanna. On July 20, 2009, he released a two-minute video on his YouTube page apologizing to fans and Rihanna for the assault, expressing the incident as his “deepest regret” and saying that he has repeatedly apologized to Rihanna and “accepts full responsibility”.

He then dated American singer and model Paris Hilton but their relationship appeared to be just a fling as it ended rather too soon. In 2009, he was also reported to be dating model Natasha Ellie, reality TV star Natalie Nunn, model Erica Jackson, and model Jasmine Sanders.

Brown has been in a relationship with Indonesian singer and actress Agnez Mo since 2017. They haven’t made their relationship public yet, but their strong bonding confirms that something is brewing between the two.

My personal life is the same. At the end of the day, this is just a job. I love what I do, and it’s a great job. But it’s like my alter ego. There’s Chris Brown the singer. And there’s Christopher Brown, the down-home Tappahannock boy that plays video games and basketball and hangs out.

I think the key is basically just your determination. As far an artist is concerned, it’s just about your drive and your dream.

Chris Brown released his self-titled studio album on November 29, 2005, which peaked at #2 on the US Billboard 200, while charting into the top 10 on the several other music markets. The album’s lead single, “Run It!” peaked atop on the US Billboard Hot 100 and the album earned double platinum in the United States, and gold in Australia, Canada and the United Kingdom. He has released eight studio albums so far, including

Chris has his first acting role as Duron in the 2007 drama and dance film “Stomp The Yard”.

In 2006, Chris landed his first acting gig, a guest starring role, in an episode of the American sitcom One on One.

Brown met with critical acclaim for his studio albums Chris Brown, Exclusive and F.A.M.E., all of them were certified platinum by Recording Industry Association of America (RIAA).

He has starred in numerous TV advertisements for brands such as Forever Wrigley Doublemint, Coke Zero, Apple’s Siri, and many others.

Chris Brown has an estimated net worth of $50 million. He has sold more than 100 million records worldwide, making him one of the world’s best-selling and the richest music artists. In addition to his successful music career, Chris has got his hands on several business ventures. He owns 14 Burger King restaurants and a record label going by the name CBE (Chris Brown Entertainment or Culture Beyond Your Evolution), under Interscope Records. He owns a luxurious $4.3m mansion in Los Angeles and a fleet of expensive cars, including Chevy Impala, Viper, Lamborghini, Rang Rover, Bugatti Veyron, and Porsche Turbo.

I didn’t understand that I could sing until I was like 11 or 12. My mom heard me singing around the house and she said, What are you doing? You really can sing! So then I started going to school and singing to the girls.

Brown was introduced to music and dance at a very young age. He started to take part in local talent shows as well as performing in his church choir.

His parents divorced when he was young and encountered domestic violence throughout his early years as his mother’s boyfriend used to assault her at most of the times.

Chris is always thankful to Hitmission Records, a local production team, who discovered him and provided voice coaching as well. They met him at his father’s gas station while looking for a new talent.

The lead single “Run it!” from his eponymous debut album peaked at #1 on the Billboard Hot 100, making him the first male lead artist after Diddy (1997) to achieve the feat.

In 2011, he was nominated for six BET Awards, receiving more nominations than any other artist.

On July 5, 2018, Brown was arrested on a charge of felony battery in Florida. He was taken to the Palm Beach and released on a bail of $2,000

Chris has got a lot of tattoos.

On January 22, 2019, Brown was arrested by police in Paris after being accused of aggravated rape by a 24-year-old woman but he was later released from custody with no charges. Following which, his legal team filed a defamation lawsuit against the woman who accused him of rape at a Paris hotel.

He is good friends with Lil’ Wayne.